Senators demand report on 28 bills held by the National Assembly

• Senators are demanding a progress report on all their pieces of legislation that are stuck in the sister House. 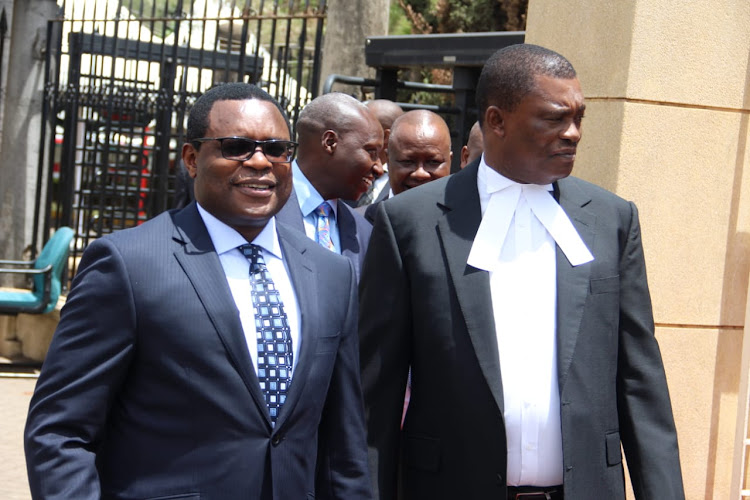 A supremacy battle is looming in Parliament after senators accused their counterparts in the National Assembly of sitting on at least 28 Bills sent to them for concurrence.

In what could trigger yet another clash between the two Houses, senators are demanding a progress report on all their pieces of legislation that are stuck in the sister House.

They have assailed the members of the National Assembly for sitting on Bills that originate from the Senate despite theirs being fast-tracked in the senate.

Some of the proposed laws, they said, have been stuck in the National Assembly for more than five years, a scenario they said amounts to undermining their efforts.

“Would I be in order to propose ….. that a sort of a progress report on the 28 or so Bills that are pending in the NA be given to the good Senators here,” Mutula Kilonzo Jr said.

“It should be appreciated that the NA handles close to 97 per cent of National Government legislative agenda. We also have our own private members’ Bills which are only considered on Wednesday mornings,” Muturi told the Star.

Article 110 of the Constitution stipulates that the two Houses shall have input (concurrence) on Bills concerning counties.

Should they disagree, the piece of legislation is sent to a mediation committee comprised of both parties to strike a deal before the same is approved by the two houses and sent to the President for assent.

Mutula lamented that while the Senators have put much efforts in generating, enriching and approving Bills, the documents end up gathering dusts in the sister House.

“We are happy that some of the Bills we proposed here like the County Outdoor Advertising Control Bill and the two County Governments (Amendment) Bills - are products of the last Senate. There is very little to celebrate,” he said.

The Makueni senator implored speaker Kenneth Lusaka to capitalise on the new-found good working relationship between his office and that his NA counterpart Justin Muturi to fast-track the passage of the Bills.

Majority Chief Whip Irungu Kang'ata said the Senate leadership has planned a meeting with their counterpart in the sister House to discuss among other, fast-tracking of the pending legislation.

“We intend to have a meeting with the new House [NA] leadership. This will be one item under the discussion,” Kang'ata said.

Deputy speaker Margaret Kamar, the day’s chair, gave in to the demands, promising that the speaker’s office will exploit the warm relationship with Muturi’s office to fast-track the Bills.

“We will take advantage of the very good, warm and cordial relationship between the two Houses to make sure that we expedite. A progress report can be availed to all members,” she said.

Kamar spoke when she delivered a message to the senators about the passage of four Bills from the senate by the NA and signing into law by the President.

Last year, the senators filed a petition in the High Court seeking to nullify at least 24 laws they claim were passed by the National Assembly and enacted without their input.