•Fergal Gaynor and Morris Anyah who represented victims of post-election violence in Kenya were among those shortlisted for the position.

•Others listed are Susan Okalany (Uganda), who is currently a judge of the High Court of Uganda and a judge in the international Criminal Division of that Court and Richard Roy(Canada). 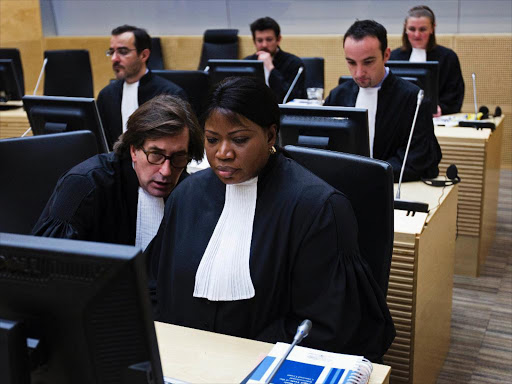 Kenya has rejected the four candidates shortlisted for the position of ICC prosecutor.

Fergal Gaynor and Morris Anyah who represented victims of post-election violence in Kenya were among those shortlisted for the position.

Others listed are Susan Okalany (Uganda), who is currently a judge of the High Court of Uganda and a judge in the international Criminal Division of that Court and Richard Roy(Canada).

"Kenya anticipated that the Committee would present a shortlist of qualified candidates with an equal chance of being elected. The current shortlist does not meet this expectation and appears skewed in favour of a particular candidate," Ambassador Lawrence Lenayapa said.

In a letter dated July 13 to the ICC, Lenayapa said the shortlist denies States an opportunity to "identify, through open and transparent consultations, a consensus candidate".

"At a time when the Court is faced with many difficulties, We need to work together to elect a candidate who will strengthen and build confidence in the Office of the Prosecutor," he said.

Lenayapa said presenting States Parties with a fait accompli denies the States parties an opportunity to achieve the objective.

"Kenya therefore rejects the shortlist contained in the Report of the Committee for a re-consideration...," he said.

He argues that the candidates presented have relatively limited managerial experience in large international institutions and do not have demonstrable diplomatic experience particularly in engagement with States.

"Taking into account that the former and outgoing prosecutors have been from the GRULAC and African Croup, it is unlikely that States Parties would build consensus around a candidate from these Regions, thus diminishing the chances of the African candidates," he said.

Article 42(2) of the Rome Statute provides that the Prosecutor and Deputy Prosecutor shall be of different nationalities.

"The current Deputy Prosecutor is a Canadian. In these circumstances, the election of a candidate of the same nationality would be contrary to an express provision of the Rome Statute," he said.

The Prosecutor is required to be independent and impartial in the execution of his duties.

But Lenayapa said some of the candidates have served as legal representatives of parties in active situations.

"... it would be imprudent for States Parties to settle for a candidate who would have to recuse himself from some of the most challenging cases pending before the Court," he said.

"This would undoubtedly weaken the Stature of the Office of the Prosecutor."

Gaynor was the victims' representative when the ICC withdrew crimes against humanity charges against President Uhuru Kenyatta.

During the year 2014, Gaynor, said the decision would “disappoint the estimated 20,000 victims of the crimes.”

Gaynor (Ireland) is currently the Reserve International Co-prosecutor at the extraordinary chambers in the courts of Cambodia.

Anyah, who was also representing victims, quit amid protests over the trial judges' decision to limit victim representation at the trial.

He informed the trial judges and registry of the court that he did not wish to have his contract renewed.