To enable them prepare adequately for the reopening and keep the institutions afloat.

• PS Kipsang said they were liaising with the Treasury to see which components of capitation could be released to schools during this period. 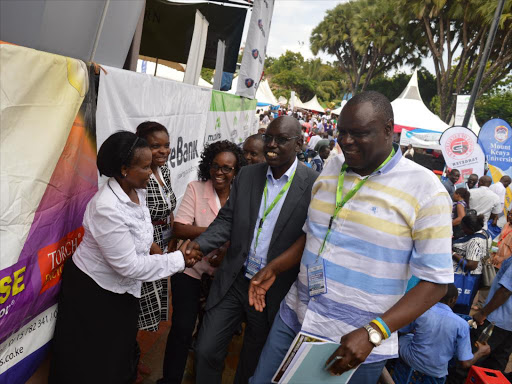 This is despite the fact that the plan to reopen schools has been pushed to January.

But the school heads argued that it is important for schools to get the funds to enable them to prepare adequately for the reopening and keep the institutions afloat.

This comes even as Basic Education PS Belio Kipsang said they were liaising with the Treasury to see which components of capitation could be released to schools during this period, including funds for infrastructure.

This signifies a possible slash in the amount the government plans to send to schools under the free primary and day secondary education programmes.

However, the school heads contested plans to reserve part of the money during the shutdown period. They instead recommended that the money for free primary and day secondary school programme be reassigned new functions.

Part of the money should be used to support operational costs during the shutdown period while the allocation for academic operations will be reallocated for development.

Indimuli Kahi, the Kenya Secondary Schools Heads Association chairman, on Monday argued that some operation costs remain obligatory even in the absence of students.

He said with no capitation, the heads will be unable to pay suppliers and non-teaching staff.

Kahi said besides the academic expenses, the schools have to pay water and electricity bills, besides footing the cost of school compound maintenance and security.

“We have to pay suppliers and non-teaching staff and these are functions that need to be taken care of whether students are in school or not,” Kahi told the Star on the phone.

“We need to make sure that our schools are ready for reopening in January and to ensure they meet the set health guidelines,” Maiyo said.

The government funds primary and secondary schools depending on the number of students.

Each student is allocated Sh1,420 in primary school, and Sh22,244 per head in secondary school.

Secondary schools will get the highest allocation with Sh59.4 billion to support capitation for learners while Sh12.4 billion will cater for free primary education.

In February, the government released Sh11.2 billion for the free primary and subsidised secondary education programmes.