The Bill was vehemently opposed by religious leaders but a section of MPs and medical practitioners rallied behind it. 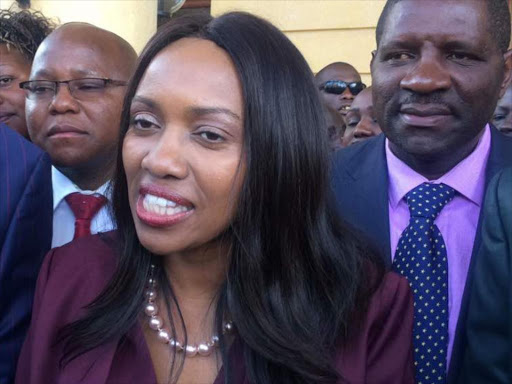 The Bill sponsored by Nakuru Senator Susan Kihika was vehemently opposed by religious leaders but a section of MPs and medical practitioners rallied behind the proposed law.

Kenya Christian Association called for withdrawal of the Bill, saying there was no extensive consultation during formulation.

A section of MPs and civil society groups, however, maintained that it was time to bring the uncomfortable subject to the table.

Nelly Bosire, a gynecologist, said the sexual consent age is 18 years but children start to mature as early as 12 years.

“The sexual consent age is 18 years but our hormones were not given that memo,” she explained.

City lawyer Charles Kanjama said the Bill in its current form encourages teen sex. “Because reproductive health involves sex and sexuality, we need to ensure that we craft the Bill so well so that it does not seem to give permission to teenagers to engage in sex,” he explained.

Nairobi Woman Representative Esther Passaris said the Bill would go a long way in addressing the needs of girls who fall pregnant at a tender age.

The Reproductive Health Bill, among other things, touches on family planning, assisted reproduction and safe motherhood as well as outlines instances in which abortion should be allowed under the supervision of a medical doctor.

Kihika dismissed the church’s interpretation of her Bill to mean that it impresses upon teenagers that sex is for pleasure and that it encourages abortion.

According to the clergy, the Bill normalises underage sex and if passed will open the door for children between the ages of 10-17 to receive and use contraceptives.

Muslim leaders have also rejected the Bill saying it provides reproductive rights to everybody, including minors.

“The Bill provides for blanket reproductive rights to everybody, including minors, without the input or consent of their parents or guardians,” said Hassan Ole Naado, the Supreme Council of Kenya Muslims national chairman .

The Reproductive Healthcare Bill, 2019 further states that anyone donating gametes (male or female germ cells) for in vitro fertilisation (IVF) shall make full disclosure about himself or herself to the health care provider.

IVF is the process by which an egg is fertilised by a sperm outside the body. The fields of in vitro fertilisation and surrogacy are largely unregulated.