Inside the battle for Uhuru successor in Mt Kenya 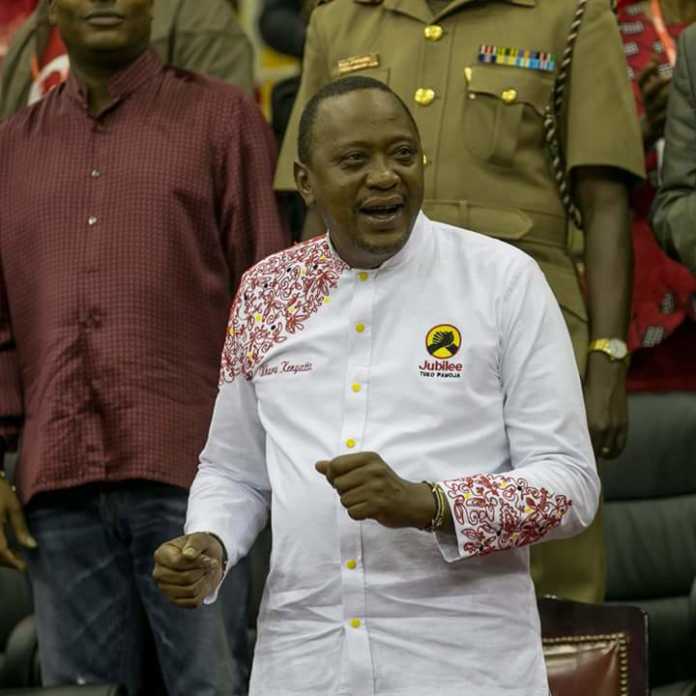 As the clock ticks towards 2022 general election, the race to succeed President Uhuru Kenyatta as Mt Kenya region kingpin has started gaining momentum.

With almost two years left to the poll, key political heavyweights have started positioning themselves to be the heir, however, that has come with a price-leaders are split as they form camps that could catch Uhuru’s eye.

Uhuru is set to retire in 2022 after serving two five-year constitutional terms having been first elected in 2013.

Political pundits however notes that the President may not be willing hand over the mantle of leadership of the region yet since he will be retiring when he will still be young and he would still want to give political direction to the region.

In the last few months, key politicians from the vote rich region have increased their political activities lifting the lid on their keen interests to fill the leadership vacuum that will be left by the President.

The anatomy of the succession tussle tips off a supremacy fight pitting the current crop of governors against their predecessors, as well as serving MPs and ex-lawmakers still holding sway in the region.

The elevation of Kipipiri MP Amos Kimunya as the Majority Leader in the National Assembly and the growing influence of Health Cabinet Secretary for Health Mutahi Kagwe has sparked speculation that Uhuru is secretly grooming the two for bigger positions in 2022.

Last month, the President orchestrated the removal of Garissa Township MP Aden Duale and brought on board Kimunya, the former powerful minister who served in Finance and Lands dockets in the former President Mwai Kibaki regime.

In January this year, the President nominated Kagwe to join his Cabinet .

Kagwe is not just an ordinary politician but the former Nyeri senator is the son in-law of the late powerful Cabinet minister John Michuki.

In 2002, Kibaki became the de facto leader of the Central region after he successfully defeated President Daniel Moi’s choice, Uhuru.

And in 2013, Uhuru became the region’s leader after he was proposed by the late powerful Cabinet minister John Michuki and widely accepted.

Veteran politician and nominated MP Maina Kamanda said with majority of the leaders now uniting ahead of 2022, it would be easy for the President to anoint one of the to be the region’s leader.

Kamanda, the former Starehe MP however pointed out that Uhuru will still have say in the Mt Kenya politics even after leaving office around September 2022.

“The good thing is , all the Mt Kenya leaders now are uniting together to support the President. Whichever the group or formation they are in, the President can now call all these groups to table and endorse one of them,” he told the Star on phone.

Last month Kiunjuri who was dropped from Cabinet by the President unveiled his new party –The Serve Party which he promised to unite Mt Kenya.

Kiunjuri is next month expected to hit the ground marketing and recruiting members in Mt Kenya to TSP which wants to position itself as the alternative to the squabbles-ridden Jubilee which is predicted could be a shell by the next poll.

“Mt Kenya people will unite behind a leader who has the vision to address the problems and aggressively push for the interests of the people. People of Mt Kenya are hardworking farmers, businessmen, entrepreneurs but they are suffering now,” Kiunjuri said.

“We will talk to like-minded leaders from the region so that we approach the 2022 as a united force. TSP is a national party but as they say, charity begins at home. We want to unite Mt Kenya before stepping out to the parts of the country,” Kiunjuri who has said he will not run for any elective position in 2022 added.

Speculation is rife that the Kiunjuri, one of the senior most leaders in the region could be Deputy President William Ruto’s runningmate.

Kenneth and Karua took a stab at the presidency in 2013 but lost and in the 2017 election, both politicians reduced their ambitions and run for Nairobi and Kirinyaga gubernatorial respectively.

Kenneth, the former party leader of Kenya National Congress party lost to the current Nairobi governor Mike Sonko during the Jubilee party primaries and he is understood that Ruto had a hand in his loss.

In a clear indication yet that he wants to be closer to the President ahead of 2022, two weeks ago, Kenneth declared that he is ready to help Uhuru secure his legacy.

He said the President will have the final say on his successor in Mt Kenya.

"It is impossible for the President to work with people who insult him. For the remaining part of his term, he needs people who support him to help him complete his development work," he said.

“Mt. Kenya population which is one of the largest in the country, will have to be on the table when decisions are made. We cannot be the majority and be left out when major decisions are being made," he said.

Karua , the former Gichugu MP who also served as the Justice and Constitutional Affairs minister during the grand coalition government is one of the senior most politicians from the region.

With the political woes facing her 2017 competitor and current Kirinyaga governor Waiguru, she appears determined to wrestle the seat from her in 2022.

The “iron lady” of Kenya’s politics played a critical role in the formation of the grand coalition government in 2008 but Kibaki overlooked her and instead appointed Uhuru the Deputy Prime Minister and just like that, Uhuru became Kibaki’s successor.

Waiguru on the other hand was the face of the BBI in Mt Kenya and her role in the constitutional change movement which is Uhuru’s project was seen as part of her strategy to position herself to succeed Uhuru.

Wa Iria who is said to own the Civic Renewal Party (CRP) and Nyaga too are working behind the scenes to succeed Uhuru.

Wa Iria, the second term Murang’a governor has however slowed his activities but Nyaga has recived endorsement by elders and church leaders as the man fit to succeed Uhuru owing to his fast experience in politics.