By 7am when the march was scheduled to start, police in Mathare had formed a wall to block the protesters.

• The march against police brutality barely started as police barricaded all the start points.

• The march was to mark the 30th Saba Saba, which is commemorated on July 7 every year. 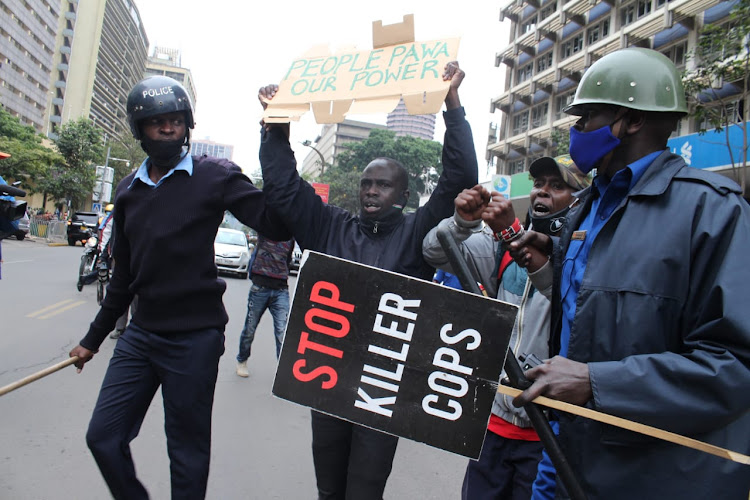 The Saba Saba March for Our Lives protest turned chaotic on Tuesday after police teargassed demonstrators and arrested others.

The march against police brutality barely started as police barricaded all the start points.

The march was to mark the 30th Saba Saba, which is marked on July 7 every year. This is to commemorate the Second Liberation struggle in Kenya.

Human rights defenders from informal settlements of Mathare, Kayole, Kibera, Dandora, Kariobangi and Korogocho, among others,  were arrested and detained in different police stations across Nairobi.

By 7am, when the march was scheduled to start, police in Mathare had formed a wall to block the protesters.

“Police officers who had surrounded us blocking our route lobbed teargas canisters at us and dozens who tried to pass were arrested. This was supposed to be a very peaceful match,” Kennedy Chindi of Mathare Social Justice Centre said.

In Kayole, the protesters were also repelled a few meters from the start point, with police asking them to disperse or be arrested.

“There is teargas everywhere, many of us have been arrested and we are just trying to regroup and discuss our next move,” Peshanne Kariuki of Kayole Social Justice Centre said.

Kariuki said most of her arrested colleagues were either held in Kayole or Kariobangi police stations. 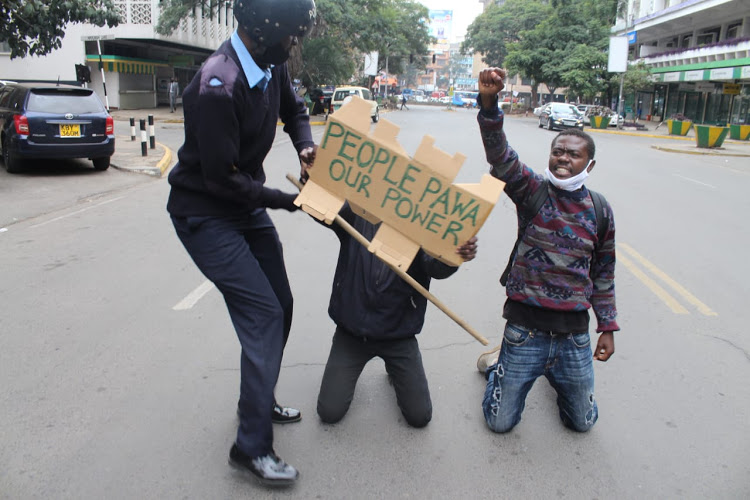 By midday, at least 37 protesters and their leaders had been arrested and detained in different police stations.

Wilfred Olal of Dandora Social Justice Centre and Editar Ochieng’ from Kibera were the first to be arrested early in the day as they led the protests from their areas.

The demos were planned earlier in the week, with those planning to participate being advised to prepare for a possible clash with the police.

Through online posters, the demonstrators were advised to carry drinking water, extra clothes to avoid police detection, spectacles instead of contact lenses and to stick together when arrests begin.

In the city centre, groups of protesters marching with placards were dispersed by police who had already blocked Harambee Avenue, where they intended to hold their demos.

Following the arrests, Defenders Coalition launched a public appeal to raise the bails and bonds for those arrested.

Regretting the march to condemn police brutality and social injustice ended in brutality and tears, the coalition said Kenyans of good will should step up and raise the resources to secure the freedom of those detained.

Activist lawyers were offering pro-bono representation to the arrested activists to help secure their freedom.

“We declare all those Social Justice activists arrested during today's #SabaSabaMarch4OurLives as they exercised their rights to assemble and demonstrate political prisoners of the state. It is saddening to note that they have been arrested and detained on this #SabaSabaAt30,” Kimathi tweeted. 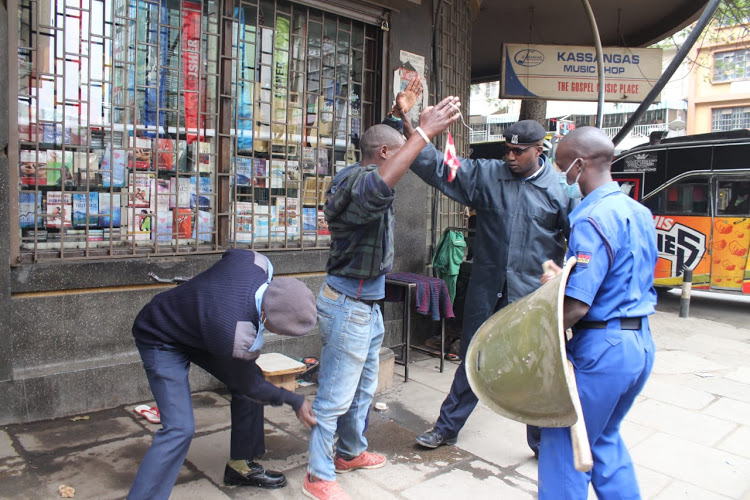 The July 7 riots were sparked in June 1990 in an effort by the government to silence political opposition and mounting criticism against corruption and refusal to restore Kenya to a multiparty democracy.

The struggle against bad governance hit a new peak on July 7, 1990, when two former Cabinet ministers Kenneth Matiba and Charles Rubia called a public rally at the historic Kamukunji grounds to press for comprehensive constitutional and political reforms.

An earlier statement by Amnesty International on Tuesday called on Kenyans to embrace active citizenry and be firm in demanding full implementation of the Constitution, respect for human rights, rule of law and democracy.