Lancet on the spot again over discordant Covid-19 results

• Woman tested at Lancet Mombasa turned out positive but tested negative in Kemri labs in results released on same date. 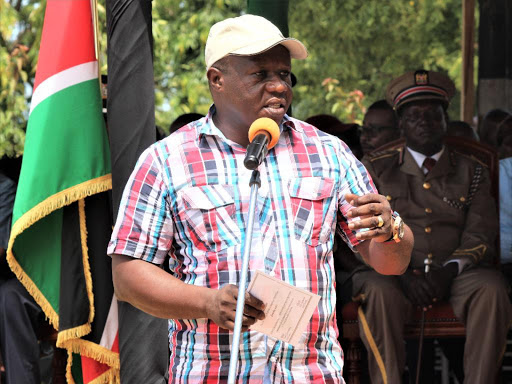 Lancet Kenya is again on the spot over discordant Covid-19 results in what raises questions on the integrity of tests in the country.

Kilifi North MP Owen Baya has demanded a statement on the reliability of testing kits after a Lancet laboratory in Mombasa and Kemri gave contradicting Covid-19 results.

Khalid Nafula Mwanaidi’s sample was taken on June 8 by the pathologists lab in Mombasa and on June 15, results came back positive.

However, samples from the same patient taken by Kemri on June 13 indicated that the patient was Covid-19 free.

Interestingly, the results were released the same day.

The conflicting result certificates were seen by Star.

“In view of the two contradicting set of results, what is their Covid-19 status?” the Kilifi North lawmaker asked in Parliament last week.

“I wish to request for a statement from the chairperson of the departmental Committee on Health regarding the reliability of testing kits by the various service providers that conducts test for Covid-19 in the country.”

The lawmaker is also seeking an explanation on the measures being put in place by the Health ministry to ensure tests carried out in various laboratories meet the scientific attributes of reliability, validity and consistency.

Already, the committee is investigating a similar case where Lancet is accused of ‘misdiagnosing’ Kiambu MP Jude Njomo’s mother, forcing the family to hurriedly bury her at night.

Appearing before the committee last week, Njomo narrated how his mother tested negative at the Aga Khan Hospital when she first fell sick.

He said she was unwell again on June 8, when the family rushed her to Mater Hospital. She died outside the hospital’s gate.

The body was preserved at Mater mortuary in preparation for burial.

During preparation, the family got a call at 3pm informing them the body tested positive for the coronavirus and they should immediately pickit for interment.

Five hours after the call, in compliance with Health ministry directives on disposal of Covid-19-positive bodies, she was buried.

Then the lawmaker sought a second opinion. Mater carried out another test at Nairobi Hospital where samples tested negative.

The test was taken on June 11, a day after the Lancet's results.

“I wondered how many Kenyans have gotten wrong results, how many other Kenyans go through quarantine because of a wrong outcome, how many labs are careless,” Njomo said.

“Many Kenyans are voiceless. Let me be the voice for those who have been offended by careless laboratories. I wrote to the KMPDB (Kenya Medical Practitioners and Dentists Board) to inquire what the problem of Lancet is,” he told the committee.

But in a presentation to the committee, Lancet maintained its laboratory conducted the tests as required and the results turned out positive. They said they conducted a second test and both results were positive.

“In the two weeks between June 13 and 27, the Lancet team in line with ISO15189 standards undertook a detailed and thorough internal audit review of all the testing procedure and test result for the case,” the pathologists' documents to the committee read.

“The review confirmed that the result was truly positive and all the quality management systems were in place assuring the quality of the results, including use of double negative controls in the batch that was run to exclude any contamination.”