• During that year,2014, Gaynor, said the decision would “disappoint the estimated 20,000 victims of the crimes.” 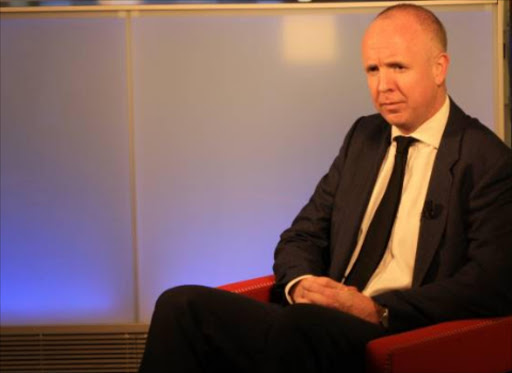 Two lawyers who represented victims of post-election violence in Kenya have been shortlisted for the position of ICC prosecutor.

Fergal Gaynor and Morris Anyah were listed according to the notice seen by the Star.

Gaynor was the victims' representative when the ICC withdrew crimes against humanity charges against President Uhuru Kenyatta.

During the year 2014, Gaynor, said the decision would “disappoint the estimated 20,000 victims of the crimes.”

Gaynor (Ireland) is currently the Reserve International Co-prosecutor at the extraordinary chambers in the courts of Cambodia.

Anyah, who was also representing victims, quit amid protests over the trial judges' decision to limit victim representation at the trial.

He informed the trial judges and registry of the court that he did not wish to have his contract renewed.

Anyah, who comes from Nigeria, is currently a trial attorney in the Law office of Mnyah LLC in Chicago.

Others listed are Susan Okalany (Uganda), who is currently a judge of the High Court of Uganda and a judge in the international Criminal Division of that Court and Richard Roy(Canada).

Roy is currently the senior general counsel with the public prosecution service of Canada.

According to the terms of reference on the prosecutor election, the shortlist will include three to six of “the most highly qualified candidates,” and allows for hearings of those shortlisted candidates with civil society and States Parties. This will be another crucial step toward evaluating those vying to be the next ICC Prosecutor.

Under the Rome Statute, in carrying out his or her functions, the Prosecutor shall:

a) in order to establish the truth, extend his or her investigation to cover all facts and evidence relevant to an assessment of whether there is criminal responsibility under the Statute, and, in doing so, investigate incriminating and exonerating circumstances equally;

b) take appropriate measures to ensure the effective investigation and prosecution of crimes within the jurisdiction of the ICC, and in so doing,respect the interests and personal circumstances of victims and witnesses,including age, gender and health, as well as take into account the nature of the crime, in particular where it involves sexual violence, gender violence or violence against children; and

c) fully respect the rights of persons arising under the Statute.

Fatou Bensouda (The Gambia) is the current ICC prosecutor.

She took office on June 15, 2012 as the second ICC Prosecutor after being elected by consensus during the 10th session of the Assembly of States Parties in December 2011.