• Over 200,000 students were treated for respiratory and infections related to poor sanitation.

• Poor sanitation that characterises public secondary schools is considered one of the factors accounting for high protozoan infection. 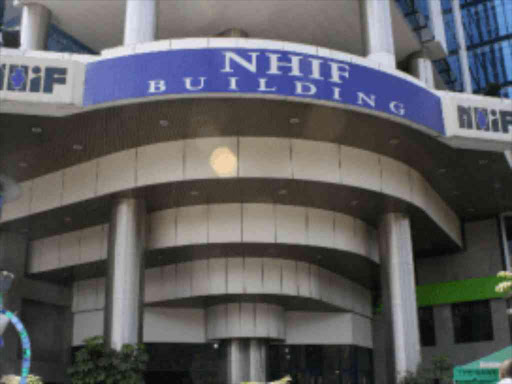 Respiratory and intestinal infections such as diarrhoea and amoeba are the most common diseases among secondary school students.

A medical insurance report by the National Hospital Insurance Fund shows 84,000 students sought medication for upper respiratory diseases such as asthma and bronchitis between January and December last year.

Protozoan diseases such as diarrhoea and amoeba which are largely linked to poor sanitation are the second most frequent cases reported with 71,000 students treated in the past year.

However, the protozoan ailments dominate in severity with 22,495 students admitted to various hospitals for inpatient services.

The medical cover branded Eduafya is implemented through NHIF by the Ministry of Education and currently covers 2,714,232 students.

Between January and December last year, 606,893 students sought medical attention under the cover.

While some stakeholders criticise the cover as under-utilised, NHIF says the number of those seeking medical attention is a true reflection of those who are sick and require medication.

Robert Otom, NHIF acting director for registration and compliance, says the age group is characterised by a stronger immune level and making them less susceptible to most medical conditions.

“Remember the age group is not like the old. They are younger, stronger, and relatively very healthy. So this is a very true reflection of the epidemiological trends," Otom told the Star in an interview.

In the report, some 534,961 were treated as outpatients, 71,920 as inpatients. Another 12 students sought specialised medical care and seven of them were treated outside the country.

The ministry negotiated an annual premium of Sh1,350 per student and in the period spent Sh3.7 billion on students who sought medical attention.

NHIF in its medical report says the protozoan infections can be corrected by simply maintaining high standards of hygiene, something most schools simply do not.

Diarrhoea and malaria accounts for the largest share of infections, according to the report.

Doctor Thuranira Kaugiria of Kenyatta National Hospital says pathogens of diarrhoea are primarily transmitted via contaminated water, food and human to human contact, though some also have animal hosts.

Most public secondary schools in Kenya are congested, a situation that has been worsened by the government's 100 per cent transition policy from primary schools.

"Pollution, is an emerging problem globally, and whereas we have focused on global warming some of the other effects are health problems," Kauguria said.

He said consistent use of sanitation and hygienic behaviours is likely to play a role in stemming transmission.

The report means the planned reopening of schools in September must be rethought given hygiene could be the deal breaker.

Indimuli Kahi, the secretary general of the Kenya Secondary School Heads Association on Monday told the Star that the coronavirus is the new challenge that could prey on the poor sanitation in schools.

The government earlier announced intentions to reopen learning institutions in September, marking 17 weeks since the closure of the facilities.

However, as schools prepare for the grand reopening, questions surround the level of preparedness especially among public schools.

Kahi is a member of the National Covid-19 Education Response Committee that is looking into how schools will conduct operations amid the pandemic.

"This is an eye opener that needs to be used to equip schools especially during this coronavirus period. Remember these are diseases associated with poor sanitation and so is coronavirus," Kahi said of the report.

The committee in recommendations to the Education CS advised students with underlying medical conditions to remain at home if schools reopen.

"Those who will not be able to report to school when the institutions reopen then the government should look into an elaborate remote learning system to ensure they are not left behind," Kahi said.

However, he argues that respiratory infections among school children could be a combined result of congestion and the use of biomass fuels for cooking which is a common practice in many rural areas.

Other predominant diseases that were witnessed among some 7,000 students who sought medication include heartburn and ulcers.

Some 29,092 students were treated for intestinal infection disease which is also linked to poor sanitation.

Over 15,000 students also sought medication on count of diseases of the urinary system. Some 17,499 students were diagnosed and treated for Influenza and Pneumonia while infections of the skin registered 7,466 patients and eye diseases 7,174.

They are followed by stomach infections and respiratory diseases that together accounted for over 10,000 inpatients.

Other medical conditions that pushed students to hospital beds include diseases affecting genitourinary system (1,294), infection of the skin (1,094), and acute kidney failure and chronic kidney diseases (762).

Post a comment
WATCH: The latest videos from the Star
by LEWIS NYAUNDI Education Reporter
News
30 June 2020 - 23:00
Read The E-Paper