Special Committee cleared her of all the charges, say they were not substantiated.

• The Cleophas Malala-led committee concluded its hearings on Wednesday and retreated to make a determination into the allegations.

• The Senate selected an 11 member committee that conducted a two day hearing into the allegations. 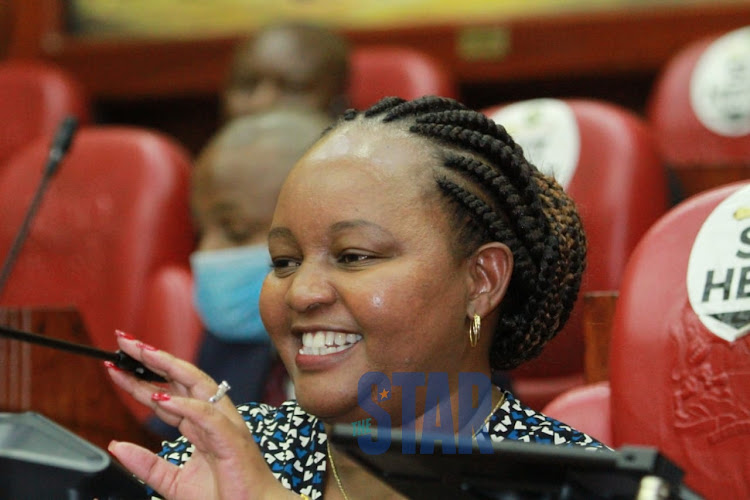 Kirinyaga Governor Anne Waiguru has survived an impeachment motion against her.

This is after the Senate dismissed the motion seeking to remove her from office on grounds of abuse of office and gross misconduct.

Kirinyaga MCAs passed the motion accusing the governor of having undermined their authority.

Some 23 out of the 33 MCAs supported the motion before it was passed and later tabled in Senate.

The Senate selected an 11 member committee that conducted a two day hearing into the allegations.

The Cleophas Malala-led committee concluded its hearings on Wednesday and retreated to make a determination into the allegations.

Waiguru in her defense presented three witnesses who gave an account of the happenings in the county that brought about her impeachment.

“The Committee having investigated the matter in accordance with its mandate under section 33(4) of the County Governments Act and standing order 75(2) of the Senate Standing Orders reports to the Senate that it finds that the two Charges against the Governor have not been substantiated,” read the report by the committee.

On the first charge of Gross violation of the Constitution and any other law, the Committee therefore found that the allegation was not proved and was therefore not substantiated.

Under the first charge, the allegations were (i) Failure to deliver the annual state of the county address for the Financial year 2018/2019 to the County Assembly, (ii) Undermining the authority of the County Assembly and (iii) Violation of the Public Procurement and Asset Disposal Act,2015 and the Public Finance Management Act, 2012.

Under the second charge of Abuse of Office and Gross Misconduct, the committee also found that this allegation was not proved and was therefore not substantiated.

The allegations under the second charge were (i) Violation of section 46 of the Public Procurement and Asset Disposal Act, 2015, (ii) Conferring a benefit to a public officer.

(iii) Disregard of the recommendation of the County Public Service Board regarding remuneration of members of the Board of Kirinyaga Investment Development Authority (KIDA), payment of KIDA Board members outside the IFMIS and CountyGovernment Payroll, and payment of imprest amounting to more than Sh14 million paid to Mr Francis Muriithi Kariuki.

(iv) Violation of the Right to Health of the people of Kirinyaga county.

Post a comment
WATCH: The latest videos from the Star
by PATRICK VIDIJA Investigative Journalist
News
26 June 2020 - 15:14
Read The E-Paper