Lazarus tried to rescue bodaboda rider arrested for not wearing a face mask.

• Chairperson Anne Makori said the authority has dispatched its Rapid Response Investigations team to to the scene in Nandi county.

• Lazarus Tirop, in his 30's  reportedly confronted a police officer who had arrested a boda boda rider for not wearing a face mask. 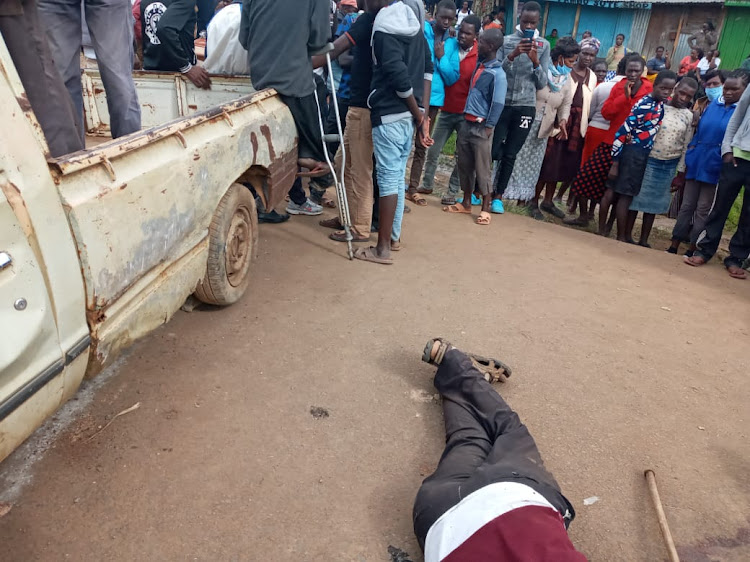 The lifeless body of Lazaro Tirop after he was shot dead.
Image: BARRY SALIL

The Independent Police Oversight Authority has launched an investigations to an incident where police on Thursday shot a man dead in Lessos.

Chairperson Anne Makori said the authority has dispatched its Rapid Response Investigations team to to the scene in Nandi county.

"IPOA learnt of an incident in which police this morning allegedly shot a man dead at Lessos Trading Center in Nandi County.Consequently, on its own motion, IPOA dispatched its Rapid Response Investigation team, which is already at the scene and has initiated investigations into the matter with a view of establishing how the shooting happened and if the force used was necessary," she said.

Earlier on chaos  erupted at the Lessos township after a police officer shot and killed a shoe shiner for intervening in a Sh50 bribery row.

Lazarus Tirop, in his 30's  reportedly confronted a police officer who had arrested a boda boda rider for not wearing a face mask.

The operator however pleaded for mercy attracting the attention of the shoe shiner and cobbler who intervened to help the rider. 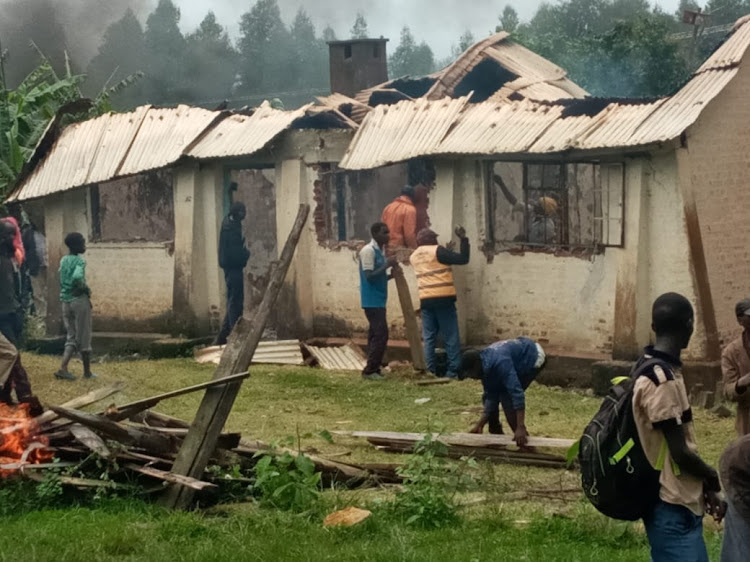 Some of the police quarters that were raided by the protesters
Image: BARRY SALIL

His involvement sparked off a violent row between the three.

The policeman, eye witnesses told the Star, shot the mediator at point blank range in the head.

When word went round about the tragedy, furious villagers streamed into the trading centre and set the house of the area police boss (OCS) ablaze. 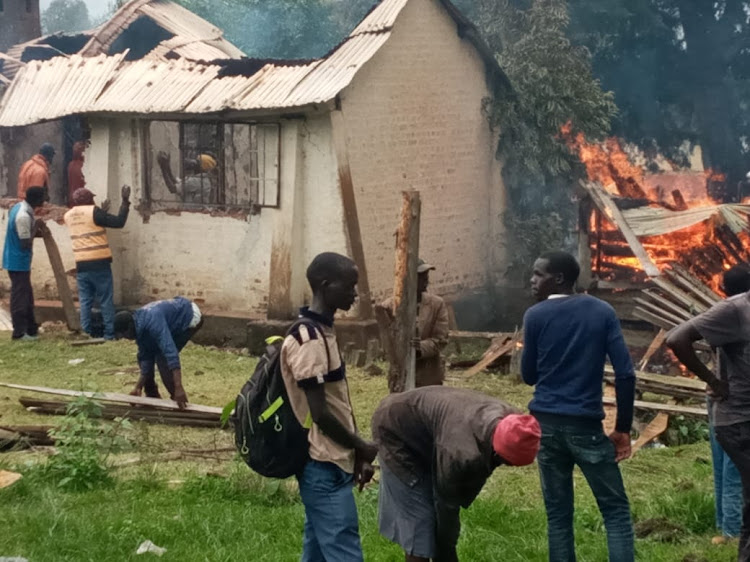 Kinne said officers had been dispatched to the town to quell the riots as investigations into the killing started.

“We are sorry for the act of one of our officers, we will ensure that the truth is established and the law takes its course,” Kinne said on phone.

But Makori said on conclusion of its investigations, the Authority will make appropriate recommendations if culpability is established.

"IPOA supports officers who undertake their work professionally but will not hesitate to take action, in accordance with its mandate, on the few who are found to break the same laws they are supposed to enforce," she said. 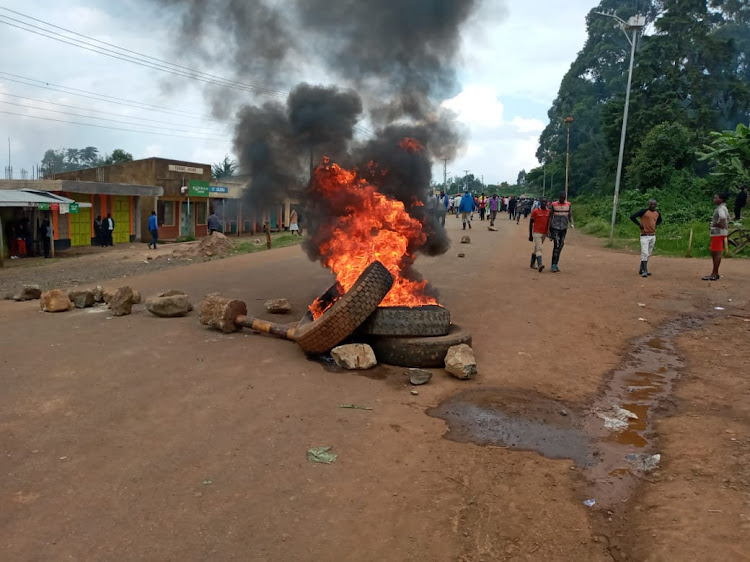 Protesters block the road after a man was killed in Lessos
Image: BARRY SALIL
Post a comment
WATCH: The latest videos from the Star
by PATRICK VIDIJA and BARRY SALIL
News
25 June 2020 - 17:41
Read The E-Paper