KWS to use drones to protect wildlife

Director says rangers will also be multi-skilled to enable them to carry out mandate effectively.

• Kenya Wildlife Service Director General John Waweru said on Tuesday drones will be deployed before the end of the next financial year. 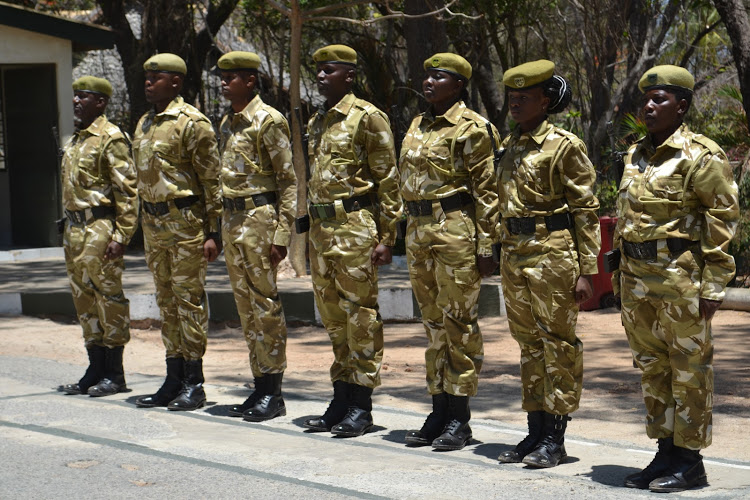 Drones will soon be used in Kenya’s national parks to secure wildlife.

Kenya Wildlife Service director general John Waweru said on Tuesday drones will be deployed before the end of the next financial year.

“We will also make use of the force to secure species. However, they cannot cover the entire park,” he said.

The director general said drones will enhance how KWS operates. He said rangers will also be multi-skilled to enable them to carry out mandate effectively.

Waweru made his remarks during a webinar on the impact of Covid-19 on wildlife conservation in the East Africa Community.

The Kenya Civil Aviation Authority is finalising regulations guiding the use of drones in the country.

Treasury CS Ukur Yatani acknowledged when he presented the Budget on June 11 that tourism was one of the worst-hit-sector by the pandemic.

This, he said, is reflected by massive cancellation of hotel bookings occasioned by lockdowns and travel bans imposed by various countries to check the spread of the virus.

“The resultant effect has been a massive job and income losses by many Kenyans directly and indirectly employed in the tourism sector,” Yatani said.

Yatani set aside Sh3 billion has been set aside to support the renovation of facilities and the restructuring of business operations by actors in this industry.

The government will also provide grants to 160 community conservancies and support to Kenya Wildlife Services to engage 5,500 community scouts for one year.

To support these initiatives, Yatani set aside Sh2 billion in the 2020-2021 budget.

Waweru said KWS has few rangers to man all of its protected areas.

The DG said a platform for virtual tourism by the Kenya Tourism Board has been launched.

Waweru said Kenya wants to learn from South Africa on how to venture into virtual tourism.

The DG also said there has been an increase of 51.4 per cent increase in bushmeat cases.

Waweru said between January and May last year, some 1.8 tonnes of bushmeat had been seized.

This is in comparison to the 2.8 tonnes that were intercepted between January and May 2020.

“We have arrested culprits and taken them to court. The problem is the market, if we do not target the market, we won’t solve the problem,” Waweru said.

He said the 1.8 tonnes was picked mid-last-year at Burma market. Poachers targets giraffes, dik-diks and antelopes.

The EAC relies greatly on the abundance and diversity of wildlife in the region.

Travel restrictions and other measures that have been put in place to contain the Covid-19 pandemic have led to a loss of this revenue, with far-reaching implications for wildlife conservation in East Africa.

The EAC in conjunction with the United States Agency for International Development, the International Union for Conservation of Nature and Internews’ Earth Journalism Network hosted the webinar.

During the meeting, partner states called for the marketing of EAC as a block.

Waweru said there is a need to target domestic and regional markets.

“Let us talk to each other and explore the regional market. We will have to focus on millennial with different taste and preferences,” Waweru said.

Human beings who consume such meat risk contracting zoonotic diseases such as anthrax.
News
2 years ago