• Ipoa has urged the court to deny Ndiema bail saying he is likely to interfere with witnesses.  He denied the charge and said there's no compelling reason to deny him bail.

• Ipoa presented evidence it said backs the murder charge against Ndiema. The child was on a balcony with his family in Mathare, Nairobi, at the time of his death. 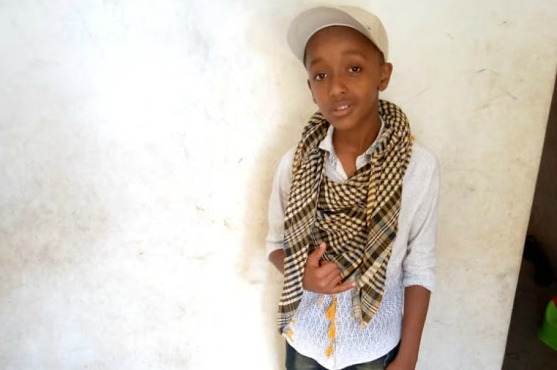 Ipoa said on Wednesday that the bullet head recovered from the body of slain 13-year-old Yassin Moyo matched the pistol carried by police officer Duncan Ndiema.

He said a postmortem report revealed the manner of the child’s death showed premeditation.

Ipoa said, “As stated in the postmortem examination report, the manner in which the child succumbed to the fatal injuries inflicted on him by a gunshot, which gun was in possession of the accused, was one of premeditated intention to kill him and clearly indicates a guilty mind, one of the elements of murder.”

Ndiema was in uniform when the boy was slain. He pleaded not guilty on Tuesday.

The child was shot in the stomach as he played with his siblings on the family balcony in Mathare slum in Nairobi on March 30.

The exhibit bullet head was recovered from Moyo’s body during the autopsy and another bullet cartridge was retrieved from the scene of the shooting.

Both were forwarded with several firearms from the Huruma police stations for forensics examination.

Otieno, the Ipoa investigator, said the ballistics analysis of the bullet head and cartridge both matched the pistol carried by the accused.

He told the court the accused, being a police officer, is well trained in the use of reasonable force, the safe use of firearms and keeping public order.

He said Ipoa’s investigations revealed evidence sufficient to support the charge of murder.

Otieno made the submissions to deny Ndiema bail pending trial.

“If the accused person is released on bail, his release will disturb public order or undermine public peace or security and thus pre-trial detention will be necessary to preserve public order,” he said.

Otieno said the family of the slain boy has received threats and intimidation from persons suspected to be agents and proxies of the accused and a report on the threats was made at Capital Hill police station.

“If the accused person is released on bail pending trial before the prosecution secures the witnesses’ evidence, there is a likelihood of him intimidating the witnesses, noting the witnesses know how the deceased was brutally murdered,” he said.

At the time of the shooting and Ndiema’s arrest, tension in the community was high as was animosity toward the police.

Ndiema told the court, however, he has a constitutional right to bond or bail to be determined expeditiously.

He said he has always cooperated with the investigating agencies during the probe that began in April. The officer told justice Kimaru he has at all times willingly presented himself to the DCI headquarters and Ipoa offices to record statements.

“Detention of an accused person while there is no compelling reason is a violation of my right to a fair trial as the Constitution entails the right to be presumed innocent until proven guilty,” Ndiema said.

On June 19, when Ndiema was supposed to plead to the murder charge, his lawyer Danstan Omari told the court Ndiema was admitted at Mbagathi Hospital undergoing a Covid-19 test.

The court ordered Ipoa to authenticate the document submitted by the defence counsels and confirm the accused’s presence in Mbagathi for Covid-19-related treatment.

Ipoa investigator Otieno said on Wednesday that on the date the accused was allegedly seeking treatment at Mbagathi Hospital, he was at Uthiru and Ndumbuini areas, which are 15 kilometres from the hospital.

“I, as the investigating officer, having received the orders from the court proceeded to Mbagathi and received information from the management of the hospital that they had not treated the accused that day as alleged,” he said.

Ipoa said such conduct and giving misleading information to the court indicates the suspect’s reluctance to adhere to court mechanisms and should be factored into denying him bail and bond.

The ruling on the bail application will be on July 8. Until then, the suspect will be remanded at Capital Hill police station.