MP said his predecessor Duale had rendered dedicated service for 8 years in that role.

• Two weeks ago, Kimunya had been named as the Coalition Secretary a role that has now been handed over to Eldas MP Adan Keynan.

• According to Kimunya, the meeting did not last long because the main agenda was the leadership changes. 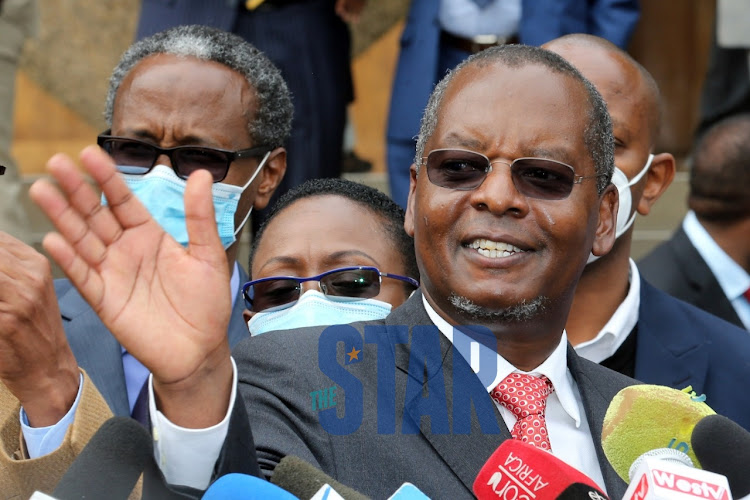 Kipipiri MP Amos Kimunya has said he will do his best not only to serve the Jubilee Party but the country as a whole.

Kimunya while speaking at the KICC after he was handed over the National Assembly Majority leadership position, said it was a humbling situation that the role had been handed to him.

Two weeks ago, Kimunya had been named as the Coalition Secretary a role that has now been handed over to Eldas MP Adan Keynan.

"This is a humbling situation for me. It shows the confidence the party leadership has on me. I will do my best to serve not only the party but the country at large," Kimunya said.

The legislator said it is worth noting that his predecessor Aden Duale had rendered dedicated service for eight years in that position. 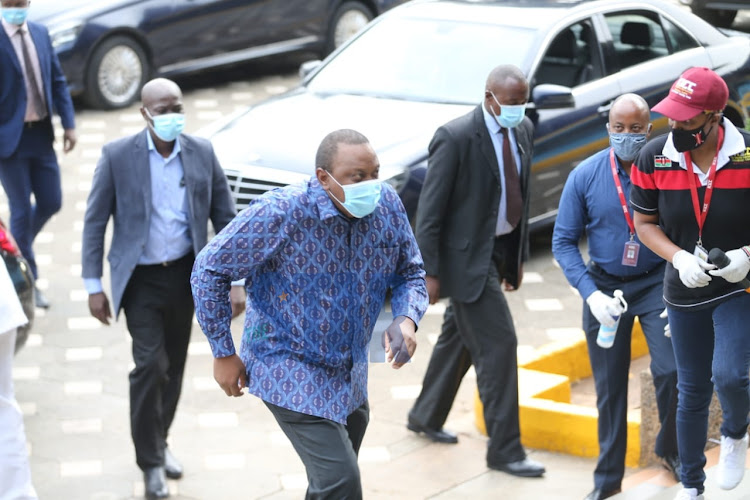 "I know what it means to be in that position, he has done really well and provided good leadership, he is still a big asset to us and the country," he said.

While dismissing claims that there were rebels in the Jubilee Parliamentary Group meeting chaired by President Uhuru Kenyatta, Kimunya said such persons exist only in the eyes of those who want to profile the legislators as pro or anti-jubilee.

"This change has come because the members felt they needed it, it is not a witch hunt or a matter of bad blood," he said.

According to Kimunya, the meeting did not last long because the main agenda was the leadership changes.

Having completed the main agenda, we did not have any social engagement but we shall create time to engage more," he said.

Uhuru is said to have entered the meeting room at KICC waved at people and before sitting, a prayer was made.

Tuju took over the programme and read the agenda before inviting the President who told the MPs about the changes being made.

He then repeated that he was creating harmony in the party and wanted to work with those supporting him. He then left the room.

The meeting lasted for only 22 minutes.

A statement from State House said the PG meeting was attended by Deputy President William Ruto, Tuju and a total of 174 Jubilee Coalition Members of the National Assembly.

"The Party Leader said the Coalition, through the new Leader of Government Business and Majority Chief Whip, will communicate changes in the composition of House Committees to the Speaker of the National Assembly by Thursday, 25th June 2020," State House Spokesperson Kanze Dena said.

"The Head of State reminded the legislators to focus on the Coalition's development agenda and advised them against engaging in divisive politics."

In the new changes, Kanini Kega replaced Ichungwa as chair of Budget Committee.
News
2 years ago