But Tourism CS Balala denies ministry is interfering with parastatal. 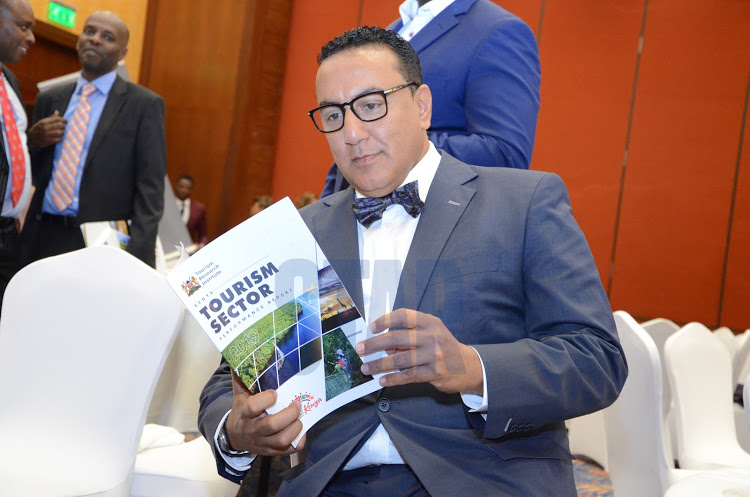 A source familiar with the happenings at the troubled parastatal confirmed that Dr Waithaka resigned last week.

“He resigned a few days ago. He has since written to the Office of the President but there has been no response,” the source said.

Waithaka is said to have been irked by extreme interference by the Ministry of Tourism and failure by the KWS management to implement board decisions.

Other complaints are the appointment of the director general in March 2019, KWS having over 1,300 temporary staff working in sensitive areas for years, parks that exist on paper without staff or minimum facilities, lack of a strategic plan, outdated policy of 1975 and illegal encroachment of the Nairobi National Park.

This is not the first time KWS is faced with controversy.

Early this year, one of the board members disclosed that their decisions were not heeded by the authorities.

The member who requested anonymity said they had made over 100 decisions which were not implemented.

The proposed fencing of the Nairobi National Park is also said to have caused friction as it would turn the park into a zoo.

The source said some of the things being done were likely to compromise the ecological integrity of the country.

It is understood that a road project cutting through the Aberdares Forest, which is at the design stage, had been opposed by the board.

The board said the road project would destroy the integrity of the park.

Failure by authorities to take professional advice has seen staff at KWS leave in droves. The legal department is the most affected.

Tourism CS Najib Balala yesterday confirmed Waithaka's resignation, saying he heard the news through one of the board members.

Balala denied claims that his ministry was interfering with KWS.

"When given a budget, you must be asked questions. This is not a private company. I normally go to the National Assembly to answer questions," Balala said.

He said he is asked questions pertaining to management plans for the parks, title deeds and issues surrounding human-wildlife conflict.

Balala said there will be no vacuum as Waithaka's post will be filled.

Waithaka was appointed by President Uhuru Kenyatta for three years effective May 21, 2018.

The source said the chairman resigned “due to extreme interference with the running of KWS by the ministry and the failure of management to implement board decisions.”

He was born outside the boundary of the Aberdare National Park where he grew up as a shepherd boy.

His community shared the land with wild animals and outside influence was minimal.

Waithaka did not go to school until he was 10 years old as his father did not see the value of formal education.

He would later specialise in conservation biology and started working with researchers who were studying endangered species in the country.

Waithaka would later become a crusader for community-based conservation.

Over the years, Waithaka worked in various capacities including as a lecturer at Kenyatta University, elephant programme coordinator for Kenya, deputy director at the Kenya Wildlife Service, manager of the European Union’s Biodiversity Conservation Programme and director of the African Conservation Center.

Waithaka moved to Canada in 2003 and worked with Parks Canada as a conservation biologist until he returned to Kenya in January 2017.

We're being disregarded by authorities, says KWS board

Members have opposed the hosting of Koroga Festival and the World Rally Championship at the Hell’s Gate National Park.
News
2 years ago
by GILBERT KOECH News Reporter
News
11 June 2020 - 23:00