Speaker declined to effect leadership changes communicated by the party.

• Tuju made the announcements after a consultative meeting with the 66 Jubilee MCAs at the party headquarters. 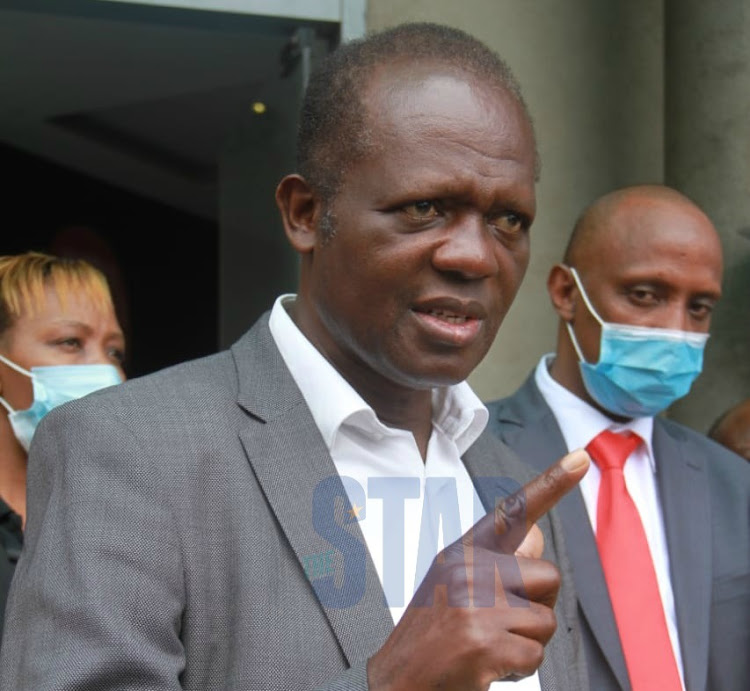 Jubilee Party has stood its ground on the recent changes made to the leadership of the Nairobi county assembly leadership that saw Abdi Guyo reinstated as the Majority leader.

Tuju made the announcements after holding a consultative meeting with all the 66 Jubilee MCAs at the party headquarters in Pangani, Nairobi.

The meeting was aimed at quelling the protracted leadership wrangles that have rocked the city assembly for nearly a year.

“The letters I previously wrote to the assembly on the house leadership changes stand,” Tuju told journalists moments after the meeting.

They replaced Dandora III MCA Charles Thuo and nominated MCA June Ndegwa as the Majority leader and chief whip respectively. They were appointed as interim officials in November 2019.

However, Elachi failed to communicate the changes as required by the Standing Orders, stating that she would discuss the matter with the party leader, President Uhuru Kenyatta.

During the briefing, Tuju disclosed that he had received letters from Elachi and Governor Mike Sonko on the changes and said he would respond in due course.

The SG further warned that any person opposed to the changes may face disciplinary action from the party, should they fail to effect the changes as communicated through an initial letter dated April 16 and another on May 28, 2020.

“There are moments we write to our members and if they refuse to listen we have mechanisms to address this, so we are going to deal with them,” said Tuju.

He, however, refused to get drawn into the drama surrounding the recent suspension of Guyo by the speaker for missing more than eight consecutive sittings contrary to the Standing Orders.

On Tuesday, the assembly adopted a report by the Powers and Privileges Committee chaired by Elachi calling for the suspension of the MCA for allegedly missing more than eight consecutive sittings.

Guyo has challenged the decision by the investigate him.
News
1 year ago
by JULIUS OTIENO AND MAUREEN KINYANJUI
News
10 June 2020 - 17:41