• Council of Governors to get Sh100 million for operations from the national government for the first time.

•Nominated senators also gain in first-ever allocation of Sh170 million to fund their operations at counties. 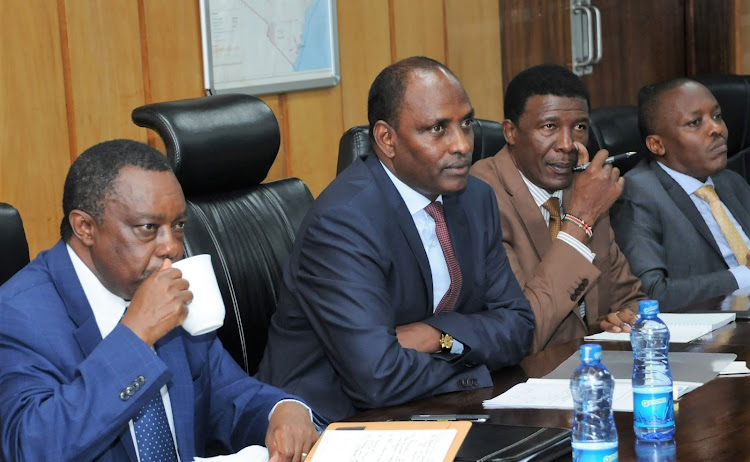 Lawmakers have dismissed the National Treasury’s budget estimates for the next financial year as unrealistic and inadequate to tackle the Covid-19 pandemic.

The Budget and Appropriations Committee cited what it called the Exchequer’s failure to capture the magnitude of the crisis.

The Kikuyu MP Kimani Ichung’wah-led committee said it is uncomfortable with the “business as usual” approach in the estimates.

The BAC also took issue with the Treasury for basing the country’s economic growth on 4.2 per cent without factoring in the impact of the pandemic.

The committee, in its report on the 2020-21 budget estimates, said it was wrong for Cabinet Secretary Ukur Yatani to base it on past investment decisions such as the Big Four.

“This is despite the fact that investments under Big Four projects are not substantive enough to offset the rapid fall in private sector investment, hence, may not be a strong driver of economic recovery next year,” the MPs said.

The report will be debated on Tuesday to pave way for the CS to present the estimates on Thursday.

Minority leader John Mbadi said the figures in the report cannot be altered once it is adopted, except through an amendment to the Appropriations Bill. “We strived to reach consensus with the Treasury before the report was tabled. We agreed that the Appropriation Bill be based on the report so that it is tidy,” he said.

On Covid-19, the committee said it was wrong to fund ongoing and new public investments “while leaving Covid-19 interventions to the Emergency Response Fund chaired by KBL MD Jane Karuku”.

In this regard, the Budget team has instituted further funding cuts and reallocations to cater for Covid-19 budget needs during and post-pandemic.

To turn around the country’s dwindling fortunes, the legislators say a strong, well-funded and multi-sectoral economic stimulus programme will suffice.

Also okayed by the committee is Treasury’s Sh24 billion allocation to the Nairobi Metropolitan Services. MPs have approved Sh1.88 trillion for ministries, state departments, and agencies.

Next year’s total expenditure stands at Sh2.73 trillion; factoring in Sh316.5 billion for counties and Sh584 billion for development.

Outstripping the development budget is Sh904 billion for public debt, creating a deficit of about Sh823 billion to be funded by borrowing.

BAC has approved Sh37.7 billion for Parliament; Judiciary gets Sh18.05 billion, while the Executive has been provided Sh1.83 trillion.

The budget team has also proposed to increase the CDF allocation by Sh9 billion, saying the Sh32.7 billion is below the statutory requirement.

Also fronted is Sh1.05 billion allocation to the Constituency Development Fund board and Sh170 million for nominated senators – a first.

The Council of Governors will also – for the first time – be funded by the Exchequer at Sh100 million for operations.

Counties have been contributing to the council, albeit with concerns of the legality of their subscriptions. It is ever queried by the Auditor General.

The IEBC will get Sh4.4 billion for its routine activities and Sh259 million for the boundary review. No cash is allocated for a referendum based on Building Bridges Initiative recommendations.

On cuts, Parliament’s Sh2.6 billion has been slashed from its travel – foreign and domestic, hospitality and operations budgets.

Lawmakers have also deducted Sh500 million, which had been set aside for Huduma Namba.

The Interior ministry is set to lose another Sh900 million, which includes Sh600 million under the vote of “other operating expenses”.

Sh900M FOR DESKS AND CLASSROOM

In addition, the BAC has proposed Sh435 million for construction of subcounty headquarters and facilitation of their operations.

Moi Teaching and Referral Hospital has been allocated Sh200 million to put up a cardiac laboratory.

Polls agency IEBC, in the adjusted estimates, has been allocated Sh300 million for pending bills owed to suppliers as well as legal costs.

The Budget committee also approved Sh1.2 billion to the National Treasury for public participation and Sh720 million for the People Living with Disability office.

Parliamentarians have also proposed Sh490 million more for water harvesting and storage for irrigation at the household level.

The committee has proposed Sh900 million to the Education ministry to provide desks and build classrooms under the stimulus programme.

Small universities are tipped to receive Sh200 million more for infrastructure projects and Sh300 million to seal the funding gap for  varsity students.

Electricity transmission projects worth about Sh1 billion have been dropped while Sh694 million has been provided for petroleum exploration.

MPs have also allocated Sh152 million to the Lake Basin Development Authority for settling dues to retrenched staff, medical cover and taxes due.

The Lands ministry has been allocated Sh100 million for construction and digitisation of land registries.

MPs have also proposed Sh100 million to the Kenya National Farmers Federation for registration of farmers.

The BAC has also allocated Sh1.3 billion to the Transport ministry for strategic roads.

The Media Council of Kenya is set to get Sh221 million for Covid-19 interventions.

The monies, the report reads, are for scaling up awareness and support community radios, as well as countering fake news.

MPs have also included in the budget Sh5 billion in donor funds for the Konza Data Centre and Smart City project and Sh1.8 billion to expand fibre optic cable network.

The Public Service Commission is set for Sh500 million more to recruit an additional 3,000 interns and Sh200 million for police counselling.

Electricity transmission projects worth about Sh1 billion have been dropped while Sh694 million has been provided for petroleum exploration.

ASAL development is set for a Sh2.5 billion boost for response to displacement by floods.

Another Sh2.5 billion has been recommended to the Water ministry for irrigation and land reclamation – on account of community-based irrigation.

The Soin-Koru dam water supply project is set for Sh1 billion while the Infrastructure department has been allocated Sh1.6 billion more.

To turn around the country’s dwindling fortunes, the legislators say a strong, well-funded and multi-sectoral economic stimulus programme will suffice.