Senators will on Tuesday vote to determine who among Kamar, Judith Pareno (nominated, ODM), and Isaac Mwaura (nominated – Jubilee) will take up the position. 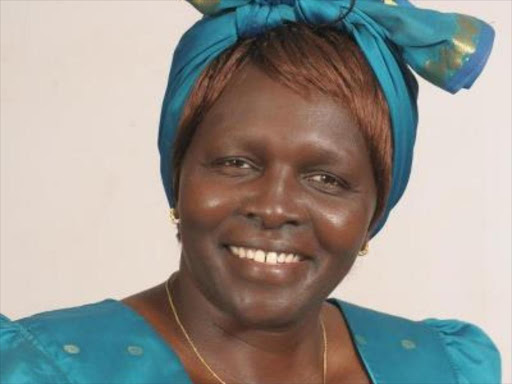 "Those inquiring about tomorrow's (Tuesday) Senate Deputy Speaker's election. All contestants are very capable and qualified," Kang'ata said via Twitter.

With the endorsement, Kamar now has an advantage ahead of other two candidates who are also seeking to replace Tharaka Nithi Senator Kithure Kindiki, who was removed last month.

Senator Stewart Madzayo (Kilifi –ODM) also dropped out of the race on Monday, saying his decision was premised on the need to continue supporting the political coherence being advanced by Raila Odinga and President Uhuru Kenyatta.

"I also believe my decision to no longer run for the post of Senate Deputy Speaker, will advance gender equity; a spirit I passionately subscribe to," Madzayo said in a statement on Monday.

Senators will on Tuesday vote to determine who among Kamar, Judith Pareno (nominated, ODM),  and Isaac Mwaura (nominated – Jubilee) will take up the position.

Senate Majority and Minority Whips are the second-ranking members of each party's leadership. The main function of the two is to gather votes of their respective parties on major issues.

Given the recent trend where the Majority and Minority cast their votes together, the Kang'ata's endorsement is likely to carry the day.

So far the Minority side is yet to declare their preferred candidate but with Madzayo dropping out, Pareno remains as their sole candidate.

Also working towards Kamar’s advantage is the Monday’s chickening out of senator Charles Kibiru (Kirinyaga) who, though being an Independent candidate, has been voting together with Jubilee and even attended last month’s JP Parliamentary Group meeting.

"I believe that the interests of our nation at this point in time when President Uhuru Kenyatta, is keen on fostering greater coherence among Kenya, it would be derelict of me not to view my would-be victory as merely Pyrrhic," Kibiru said.

He added that ongoing remake of the country's politics calls for sacrifices, some of which must be personal by nature.

Kibiru went on to thank his colleagues in the Senate for the support they extended to him while his candidature lasted.

"Similarly, I salute all friends in and out of the National Assembly who urged me on," he concluded.