Three more people test positive in Kibra slum, while one dies in Mathare

• Some Kenyans turning up for mass testing deliberately give out incorrect phone numbers. 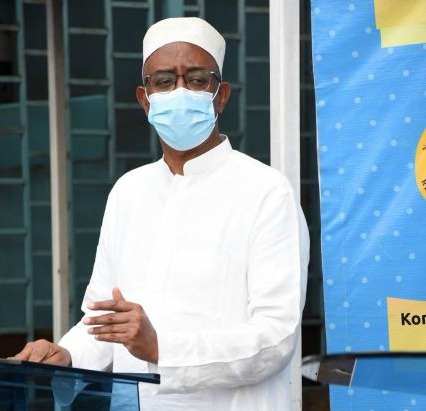 Slums in Nairobi and Mombasa are gradually becoming the new Covid-19 battlegrounds.

On Sunday, three more people were confirmed to have the virus in the densely populated Kibra slum.

Last week, seven mourners who had travelled from Kibra to Siaya were also confirmed positive.

In total, 22 new cases were reported countrywide on Sunday out of 1,108 samples tested in the previous 24 hours.

The majority were from slums and other informal settlements.

Seventeen of the newly diagnosed cases are men and five women, the youngest being 24 years old and the oldest aged 73.

This brings to 1,214 the total confirmed cases in Kenya.

He said three patients were discharged on Sunday, meaning 383 patients have recovered since travellers imported the virus into Kenya in March.

Speaking to journalists at Afya House, Aman said one patient from Mathare slum has died, bringing the total number of deaths to 51.

He thanked Kenyans for turning up for mass testing bu said some people intentionally gave out incorrect phone numbers.

"When results are out, they become unavailable. This is serious because we're unable to trace them and some have turned positive," Aman said.

"Be responsible and provide accurate details because the consequences can be disastrous as you will be spreading the disease to your loved ones and your family."

He reiterated President Uhuru Kenyatta's assurance that the current lockdown and the curfew would be lifted if Kenyans manage to bring the spread under control.

Aman said sick Kenyans and those quarantined would have their costs offset by the government.

"This [issue of payment] has been a source of concern and led to the weakening of the fight against the virus," he said. "There's no financial concern for those who turn positive and their contacts because their cost will be met by the government."

Uhuru said the first element of the Sh53.7 billion package will focus on infrastructure.

About Sh5 billion was set aside to hire local labour.

The second element is education.

President Kenyatta said the government has allocated Sh10 billion to fast-track payment of outstanding VAT refunds and other pending payments.

The fourth element is hiring another 5,000 healthcare workers with a diploma or certificate qualifications for a year.

"Further, we will set aside Sh.1.7 billion for expansion of bed capacity in our public hospitals," President Kenyatta said.