SHOT DOWN IN SOMALIA 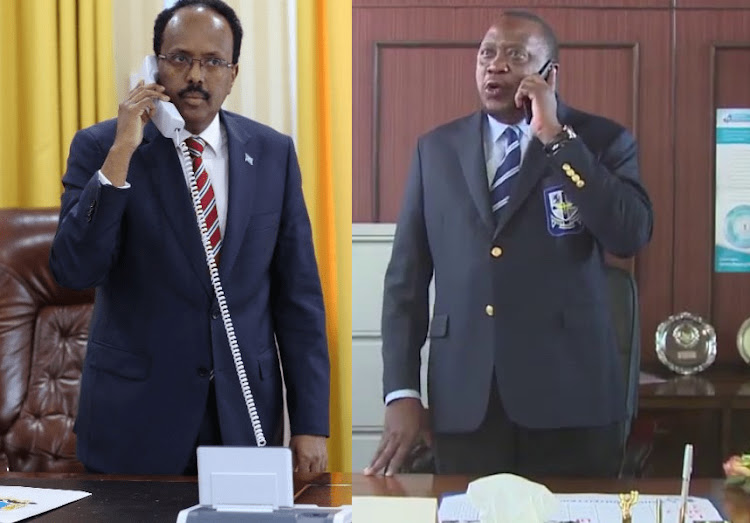 The Kenyan aircraft that crashed in Bardale, Somalia, was attempting to land when it was shot down.

Witnesses have told international and local media that an armoured Ethiopian military vehicle was on the local airstrip's runaway and blocked the African Express aircraft from landing.

The plane was on a humanitarian mission. Six people died.

The people who were waiting to receive the supplies told VOA the aircraft was shot down by an Ethiopian ZU-23 anti-aircraft missile as it was making a second attempt to land.

The missile was mounted on the Ethiopian vehicle on the runway.

“There was a technical vehicle mounted with a gun on where the plane was going to land. We thought it was going to collide into it,” Weydow Ali Hassan, the town’s head of social affairs, told VOA last week.

Hassan was one of the officials waiting at the Bardale airstrip to receive the medical supplies the plane was carrying.

He and officials from local authorities said several rounds were fired at the aircraft, registered in Kenya as 5Y-AXO, which burst into flames and crashed on the side of the airstrip.

“The May 4 incident began with the incoming Kenyan plane aborting a landing attempt because an Ethiopian military vehicle mounted with Zu anti-aircraft missiles was on the runway,” the officials said.

VOA said Hassan’s account was confirmed by a regional minister and an aviation official who both asked not to be identified for security reasons.

“There was no donkey present there. There were Ethiopian soldiers and their vehicles,” the official said.

Ethiopia has admitted its soldiers shot down the aircraft.

"The aircraft was flying out of the usual site repeatedly closer to the ground. The troops suspected that the aircraft was a suicide attacker finding a target to attack," the Ethiopian military commander in Somalia, Alemi Ayene, said.

A flight plan obtained by the Star shows that the aircraft was allowed by Somali Civil Aviation Authority to land in Mogadishu, Baidoa and Bardale on May 4.

Kenya has said it is working with other agencies “to keenly monitor the investigation of this tragic incident and will collaborate with all to bring closure and resolution to the incident".