100 Ruai evictees sent away from Matungulu

Police 'not under instructions to settle them there', land also under dispute

• Group had arrived there on Tuesday morning to be shown where to settle.

• The 100 men and women faulted the government for evicting them with no ready place to move to. 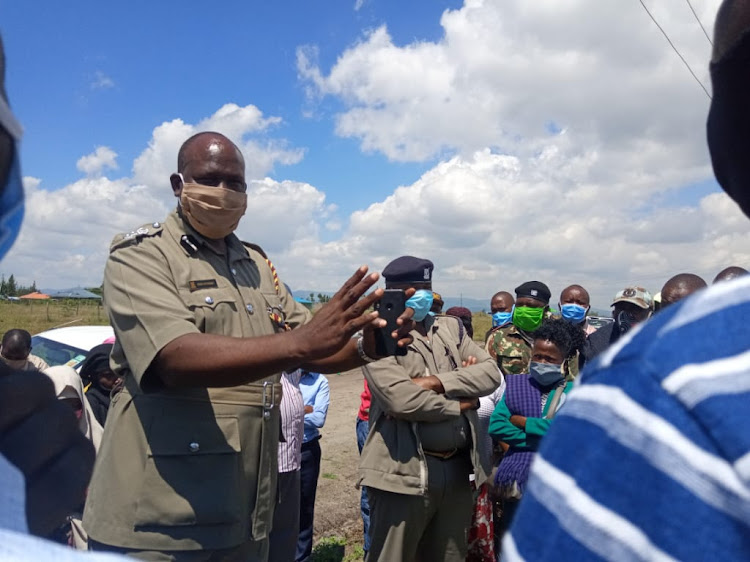 Police in Matungulu on Tuesday dispersed a group of people claiming to be IDPs evicted last week from Ruai.

Area police boss Kipkemoi Kirui said the KBC land they claim is subject of court proceedings and there is no authorisation that the IDPs be allowed to settle there.

"We have talked to the displaced persons and we have told them that the land in Komarock has a dispute between the KBC and the Komarock Housing Society and so far we have not received any directives to allow them to settle here,” he said.

The 100 men and women faulted the government for evicting them without a resettlement plan.

The group had arrived there on Tuesday Morning to be shown where to settle.

Thomas, an evictee from Mathare 4A, said the situation is confusing. He asked the government to intervene and show them where to settle.

"We may be suffering but we still have hope that we will eventually be helped. I don't understand why they evicted us without a plan of taking us somewhere safe,” he said.

He said they had been moved to the Nairobi sewerage plant and don't understand why they were kicked out despite paying all their rates. 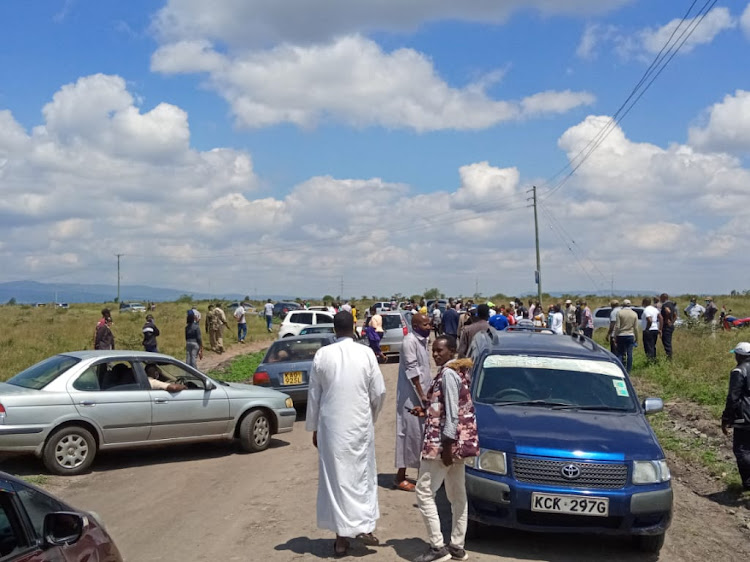 The squatters led by Samuel Githinji from Ruai said they were not aware the Kimarock land had a court case.

Githinji added that they had been issued with documents that proved they settled in the Ruai land legally.

"We had been paying the rates but for now, our chairman had all our documents during the eviction but was unfortunately not around. So when we came here we thought the land belonged to the government too," he said.

On Monday, the members of the Komarock Housing Society dismissed the group and vowed to evict any person or group attempting to move into their property.

“We have been fighting for this land in the courts for a couple of years and we will not allow individuals or groups to hijack an ongoing legal process through forgery or fraud,” chairman Bernard Maembe said.

Maembe questioned how the government would engage in a breach of law by purporting to resettle people on land already embroiled in an ownership dispute.