Romano converted to Islam while in captivity - Reports

She was found locked in a cave together with other hostages, was in traditional Somali attire

• The rescue took place in on Friday night, 30 kilometres from Mogadishu.

• Reports say captors later sold her to the al Shabaab. 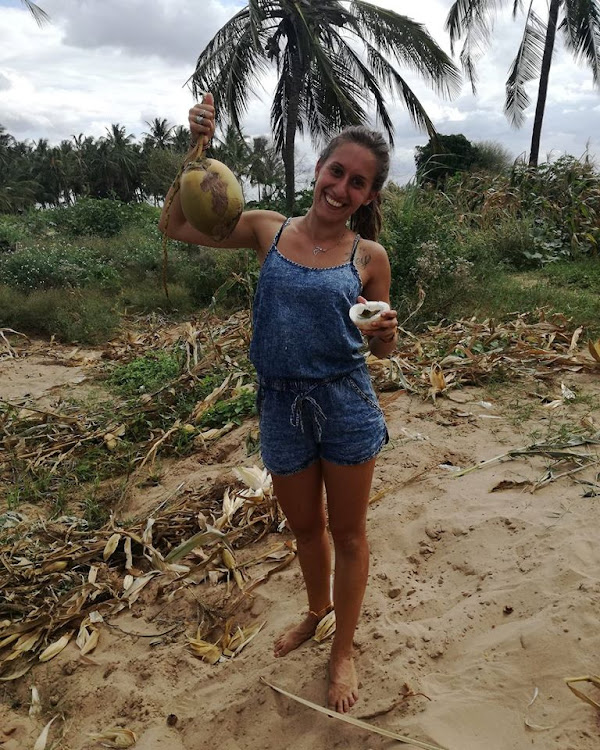 After one and a half years in captivity, Italian volunteer Silvia Romano, 25, is free.

Romano was kidnapped by gunmen at Chakama village in Kilifi county on November 20, 2018, while she prepared to sleep at her guesthouse.

“Silvia Romano has been freed! I thank the women and men of the external intelligence services. Silvia, we are waiting for you in Italy!” Conte wrote on Twitter.

The rescue took place on Friday night, 30 kilometres from Mogadishu.

“And this is where the volunteer is now, safely in the compound of international forces. She will return to Italy tomorrow with an Aise plane that will land in Ciampino at 2pm,” Italian newspaper la Repubblica wrote.

It has emerged that Romano converted to Islam while in captivity.

She pulled off her face mask, smiled and waved at a crowd of journalists at the airport.

She met her family, Prime Minister Giuseppe Conte and other officials.

Despite the 18-month ordeal, reports say she 'is well and in shape'.

She was reportedly dressed in traditional Somali attire when she was rescued by the External Information and Security Agency (EISA), the foreign intelligence service of Italy before being taken to Italy Embassy in Mogadishu.

The rescue comes after months of negotiations and video links between her lords, al Shabaab operatives and the Milan task force.

“The group's emissaries indicate the Bay area in the village of Buulo Fulaay as the site of the prison. They say she was locked up in a cave with other hostages for a while. They fix the final price, after the money paid to pay the various contacts,” Corriere Della Sera, Italy's most-read newspaper wrote.

The paper reported that after the rescue, Romano spoke to her parents and Conte who broke the news to the world.

During the kidnapping in 2018, gunmen fired indiscriminately injuring other five people including three children, promoting ground and air search for the Milan native.

The operation was initially so robust National Police Service released images of three suspects connected with the kidnapping with a bounty of sh1 million each, four days after the abduction.

But after months of a search in which three suspects were arrested, officials went mute citing operational reasons.

In June last year, the Star reported that Italian intelligence troops under the Ros of the Carabinieri were dispatched to Nairobi to take over investigations into the kidnapping of the staffer at Italian humanitarian group Africa Milele.

Observers fronted many theories with some saying it was an ivory smuggling deals gone sour with many pointing fingers at al Shabaab arm — the Jaysh al-Ayman insurgents based in Boni Forest.

Focus now shifts to suspects thought to have collaborated with the kidnappers.

Three people have so far been charged with the kidnapping including Moses Luwali, Abdulla Gababa Wario and Ibrahim Adan Omar who was said to be a key suspect.

In April, it was exactly one year since the two were kidnapped by suspected al Shabaab militants in Mandera who would later demand a ransom of $1.5 million for their release.

Although with rare abduction, al Shabaab has continued its bloody attacks in Kenya with Northern and Coastal parts bearing the brunt of the attacks.

Post a comment
WATCH: The latest videos from the Star
by ANDREW KASUKU Photojournalist/Writer
News
11 May 2020 - 05:00
Read The E-Paper