• 20 senators from both the Jubilee and Kanu attended the meeting chaired by President Uhuru Kenyatta on Monday at State House. 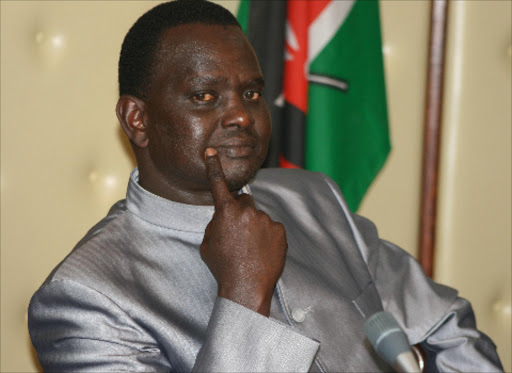 "His Excellency the President congratulated the new Jubilee Coalition Senate leaders and assured them of his support," the communication by Kanze read in part.

"The President who is also the Party Leader of the Jubilee Coalition said he looks forward to working closely with the new Senate Leadership in delivering services to Kenyans."

The changes come after the meeting between Uhuru and Kanu chairman Gideon Moi where the two agreed on the formation of a post-election coalition.

In the Jubilee-Kanu post-election deal, the two political parties have named several policies and objectives which seem to be borrowing from the handshake.

These include promoting and maintenance of security and safety of all Kenyans, fostering national unity, reconciliation and healing as well as fostering the equal distribution of national resources.

Poghisio won his West Pokot senate seat during the 2017 general election through a Kanu ticket.

The changes are expected to cause more divisions between the Kieleweke and Tangatanga groups within the Jubilee party.

Murkomen has of late been a vocal critic of the government.

He recently opposed the transfer of functions from Nairobi County to the national government.

Murkomen said that the move was against the will of the people to practice their democratic rights of electing their leaders.

How Uhuru jumped off 'sinking ship' Kanu in 2012

Mbadi says the Jubilee-Kanu merger will strengthen the handshake.
News
2 years ago
Post a comment
WATCH: The latest videos from the Star
by KEVIN CHERUIYOT Online Journalist
News
11 May 2020 - 13:41
Read The E-Paper