Hotels, small-scale farmers and informal settlements have not been spared. 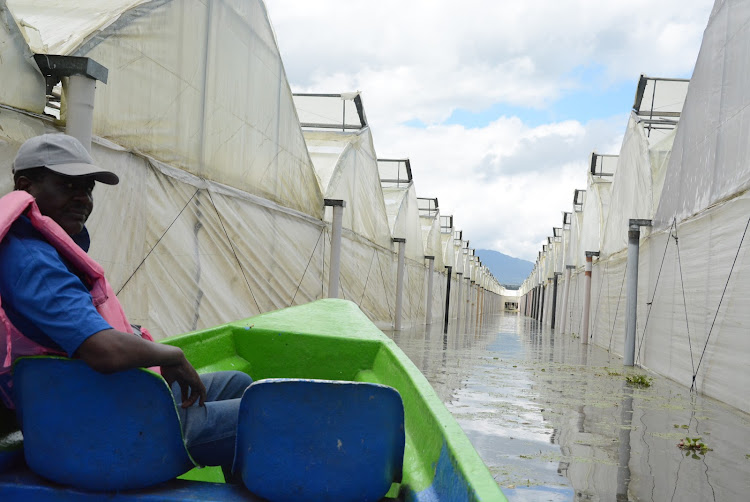 Tens of flower farmers in Naivasha are counting losses running into millions of shillings after their farms were hit by floods.

The most affected are those around Lake Naivasha, which has risen to its highest level in 50 years.

“In some of the cases, pump houses that use diesel are submerged in water and this is a major threat to the lake’s fragile ecosystem,” he said.

Mworia said there were also fears of massive pollution in the lake, mainly from flooded latrines in Kihoto estate, which borders the water body.

“Tens of families in Kihoto have been forced to relocate after their homes and latrines were flooded due to the ongoing rains,” he said.

Mworia said they had in the past issued a notice to those living or farming around the lake to relocate before the water levels rise.

A manager in one of the affected farms said this is the highest water level recorded since they started operations.

“We are still counting major losses due to the Covid-19 pandemic after our main markets in Europe collapsed,” he said.

The manager, who declined to be named, said they are far from riparian land but four of their greenhouses are flooded.

“The lake has risen to worrying levels and we fear that we could be forced to relocate in the coming days if the rains continue,” he said.

Crayfish Hotel MD Peter Mehta said some parts of the facility could not be accessed due to the water from the lake.

“We have never witnessed anything of the kind and this is a second blow to us as we were forced to close down by the pandemic, which has wreaked havoc in nearly all sectors,” he said. 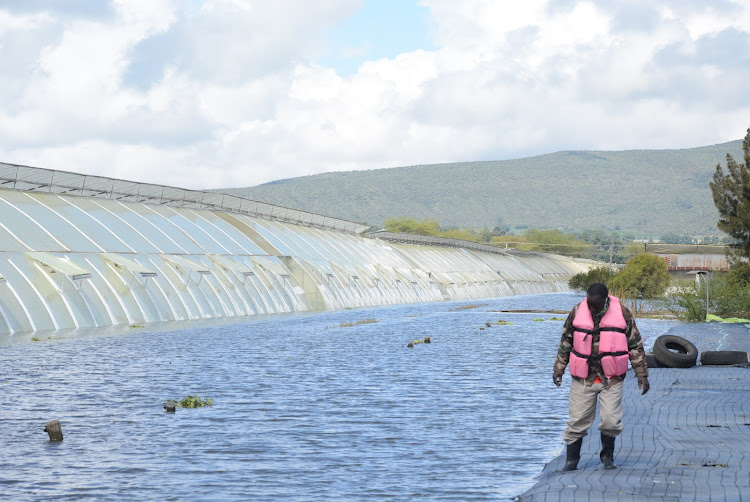 NATURE'S WRATH: A boat operator next to a flooded greenhouse near Lake Naivasha
Image: /GEORGE MURAGE
Post a comment
WATCH: The latest videos from the Star
by GEORGE MURAGE CORRESPONDENT
News
11 May 2020 - 23:00
Read The E-Paper