• Kalonzo has lauded the generosity of well-wishers who stand with needy Kenyans through the Kalonzo Musyoka Foundation.

• The Wiper leader appealed to nurses to reconsider their plan to strike, saying it will hurt the country. 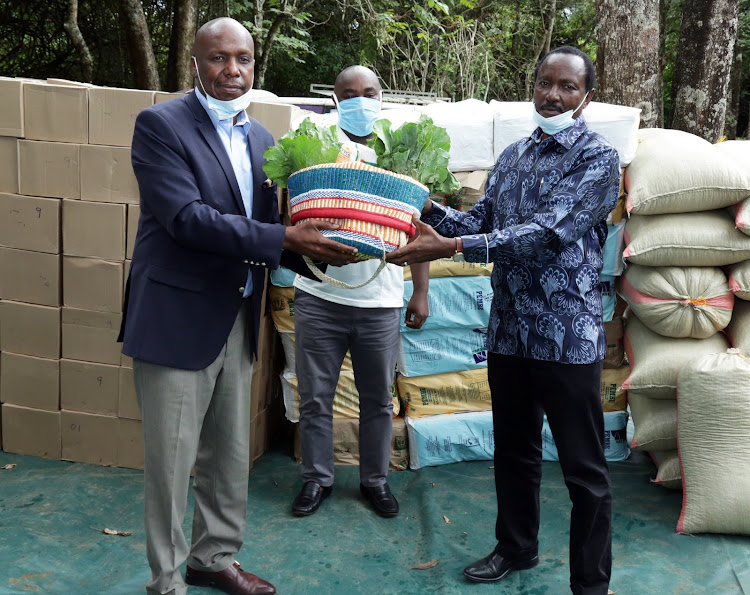 Wiper leader Kalonzo Musyoka has called upon the government to audit the funds allocated for the fight against the coronavirus.

He said transparency is needed from the government on how it is spending every coin received from the donors who have supported the country during this time of crisis.

“To this end, an immediate public audit of all Covid-19 government expenditure may be necessary,” Kalonzo said.

He urged President Uhuru Kenyatta to intervene and clear the air over inexplicable expenditure at the Ministry of Health.

Uhuru had earlier communicated that his administration would account for every shilling spent on the war on the virus.

Meanwhile, Kalonzo praised the government and frontline healthcare workers for their efforts in tackling the virus. He also lauded the generosity of well-wishers who stand with needy Kenyans through the Kalonzo Musyoka Foundation.

“Your noble gesture at this time of need will never be taken for granted. May God richly bless you all,” he said.

The Wiper Democratic Movement party leader also expressed concern over a looming strike by the nurses. He appealed to nurses to reconsider their plan, saying the consequences that the nation might face from their actions will be devastating and could cause untold suffering.

On Friday, Kalonzo received food and non-food items on behalf of the foundation, an event that was also attended by Baringo Senator Gideon Moi.

On Wednesday, the International Monetary Fund executive board approved Sh79 billion emergency financing to Kenya to help the government keep the economy afloat.

The IMF said it is in close contact with the Kenyan authorities and stands ready to provide policy advice and further support.

CBK has been asked to continue allowing exchange rate to act as a shock absorber.
News
2 years ago

Uhuru said his government has released Sh5 billion to the counties.
Coronavirus
2 years ago
Post a comment
WATCH: The latest videos from the Star
by KEVIN CHERUIYOT Online Journalist
News
09 May 2020 - 17:30
Read The E-Paper