• Fruits and juices to cost more in proposals affecting the manufacture of plastic bottles from recycled material. 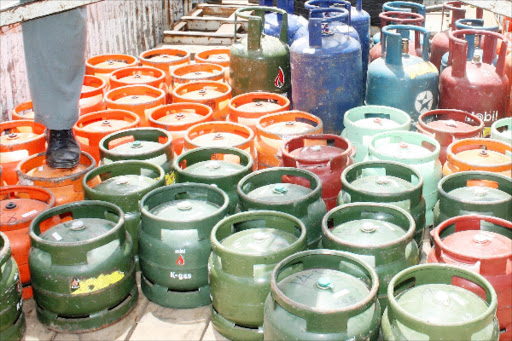 A proposal to move some basic commodities from the zero-rated to the tax-exempt category will make Kenyans pay more for them.

Commodities whose prices will shoot up based on this proposal include maize and wheat flour.

Also to be affected by price increases based on other tax measures are milk, eggs and cooking gas.

The tax measures, to take effect in July if approved by Parliament, are meant to shore up revenues to fund the 2020-21 budget.

When goods are zero-rated, the government does not tax their sale but grants credits for the value-added tax paid on inputs.

However if a good or business is tax-exempt, the government does not tax the sale of the good but producers cannot claim a credit they pay on inputs.

This leads to a higher cost of production which manufacturers pass on to consumers.

Gas, on the other hand, has been moved from the old rate of tax-exempt to the 14 per cent VAT bracket.

President Uhuru Kenyatta's administration is seeking to raise funds to finance his legacy projects under the Big Four Agenda.

The Covid-19 outbreak has thrown many of these projects off the track.

Besides, Kenya has a huge public debt and has set aside Sh904 billion to repay them in the 2020-21 financial year.

The proposed tax changes are contained in the Finance Bill 2020 that has already been tabled in the National Assembly.

Kenyans will also pay more for farm products like milk, eggs, and meat if the bill is approved.

This follows the proposed taxation of inputs used in the production of animal feeds – poultry, dairy, fish, and canines.

The matter is now with MPs who can adopt, amend or reject the proposals.

If passed, President Kenyatta is expected to assent to the legislation by June 30, paving way for KRA to levy most of the taxes starting July 1.

Other taxes to be levied include digital service tax which will be charged at 1.5 per cent annually, sales tax; as well as a one per cent minimum gross sales tax and minimum tax to be charged on all companies - including those making losses.

The digital service tax will cause an increase in prices of products purchased online including taxi-hailing services.

“The tax shall be due at the time of the transfer of the payment for the service to the service provider,” the bill reads.

Prices of LPG gas and car batteries are also likely to go up if the bill by the Parliamentary Finance Committee chaired by Kipkelion East MP Joseph Limo is approved.

Beers, cider and other fermented beverages with less than eight per cent alcoholic content will no longer be exempt from excise duty.

Spirits of above eight per cent per volume of alcohol; prices of chocolates have also been moved to a bracket that attracts duty.

Green energy investments are likely to slow down following plans to tax materials used in the manufacture of clean cook-stoves.

The taxman seeks to impose levies on aircraft tyres as well as remove exemptions for helicopters – and other aircraft, of varied weights.

This follows the proposed taxation of machinery and equipment used in the construction of a plastics recycling plant.

Public officers returning with a car from foreign missions will also pay tax for such assets as well as those of their spouses.

Maize farmers are, however, set to benefit as the bill proposes to zero-rate maize seeds.

On the flip side though, farmers will likely incur higher production costs following the proposal to tax a certain set of tractors.

Central Bank of Kenya, Kenya Defence Forces and Kenya Police Service are set to benefit following a proposal to exempt their supplies for official use from import declaration fee.

This is in respect of KDF and KPS equipment, vehicles, machinery, and other material; and also currency notes and coins imported by CBK.

The changes come barely a month after MPs rejected attempts by the National Treasury to charge tax on basic commodities.

Lawmakers debating the Tax Laws (Amendment) Bill, 2020 – now in force, suggested that Kenyans be relieved of the proposed taxes until the Covid-19 pandemic abates.

Limo’s committee expunged the proposed amendments – most of which are now back in the latest proposal.

But the cash-strained Treasury is also seeking to operationalise the National Road Toll Fund to charge motorists for use of select roads.

The taxman also seeks to remove the Sh10,000 import declaration fee for goods imported under the EAC duty remission scheme, to be charged at 1.5 per cent of customs value.

Importers will also pay an additional 2.5 per cent duty in respect of goods entered for home use from an export processing zone.

The Bill further seeks to include several streams of income that taxpayers have been deducting when calculating income tax.

It proposes to expand the rental tax bracket to between Sh144,000 to Sh15 million from the current cap of Sh10 million.

Entrance fees or annual subscription to a trade association initially deducted from income will now be considered part of taxable income.

The same will apply to IPOs at the securities exchange, capital expenditure for NSE listing, and club subscriptions paid by an employer on behalf of an employee.

Income by persons involved in the construction of a public school, hospital, road, or any similar kind of social infrastructure will also be taxed.

Deductions allowed for mortgage deposits will also be lost in the proposed changes as well as pension earned by retirees.

The bill seeks to remove the exemptions on the income of the National Social Security Fund and monthly pension granted to 65-year-olds.

The taxman further seeks to include income from employment paid in the form of bonuses, overtime, and retirement benefits as part of taxable pay.

The bill gives KRA some relief on legal suits by a proposal that they can only commence 12 months after an act of neglect or default.

It proposes that the taxman gets at least one month written notice to the KRA Commissioner-General specifying the particulars of the claim.

Such a notice is required to include a statement of intention to commence the action or legal proceedings - ostensibly to enable the authority to manage its disputes internally.

The bill also spells the steps for voluntary tax declarations, a step KRA is taking to further mitigate instances of tax evasion.

A key focus area in relation to national budget management is budget credibility.
Business
2 years ago