Saburi’s Covid-19 case to be heard next month 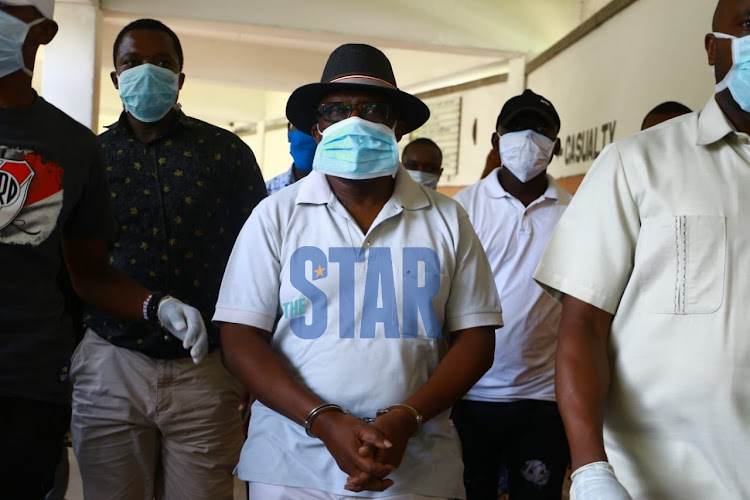 The case in which Kilifi Deputy Governor Gideon Saburi is charged with exposing the public to Covid-19 will go to full trial on June 4.

Saburi was arrested on April 3 after he was discharged from Coast Provincial General Hospital where he had been admitted after testing positive for Covid-19.

On Tuesday during mention of the case, Saburi’s lawyer George Kithi filed an application asking the Director of Public Prosecutions to provide all the evidence against his client.

Kithi has insisted that his client never tested positive for Covid-19.

He submitted a medical report from Coast General Hospital, which showed that Saburi was tested thrice on March 23, 26 and 31 and all results were negative.

However, the prosecution has maintained that they have evidence that Saburi tested positive after his samples were taken to Kenya Medical Research Institute (Kemri) in Kilifi.

Mombasa resident magistrate Christine Ogweno on Tuesday ordered the state to provide medical reports and other evidence they have against Saburi.

Ogweno asked the DPP to get certified results from Kemri that showed Saburi tested positive for Covid-19 on March 21.

The DPP was also asked to submit a list of the samples that were taken from Saburi and documents that showed the deputy governor signed a declaration that he had given his samples to Kemri.

In Kithi’s application, he wants the prosecution to provide all details of personnel who purportedly took samples from Saburi that turned positive on March 21.

“As far as we are concerned, our client never gave any sample to any officer at Kemri,” Kithi said.

Alloys Kemo, senior prosecutor from the DPP’s office, said they will provide the evidence once they have concluded the investigation.

“We will disclose everything when we are ready. We will also bring in a scientist from Kemri to explain and answer all issues being raised,” he said.