• There was a lot of soot in the airway from the tongue to the lungs. This shows us that the person died in the fire — Oduor 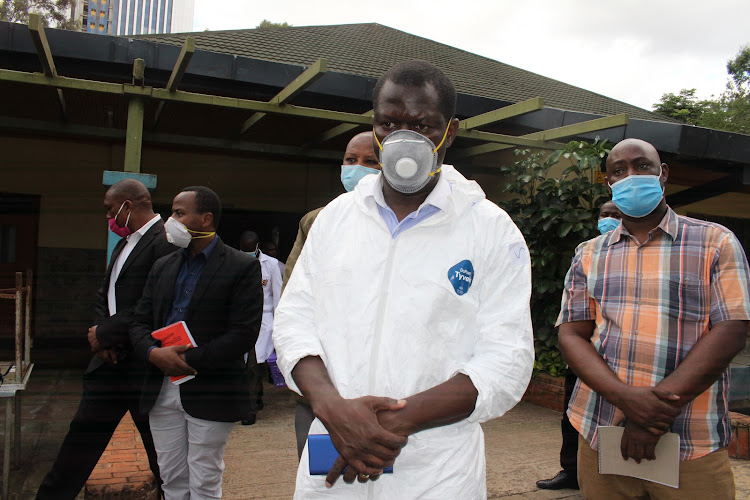 Pathologists have ruled out foul play and disputed reports that a man who died in a car fire incident in Buruburu on Tuesday last week was killed and then placed in the car as a cover-up.

“There was a lot of soot in the airway from the tongue to the lungs. This shows us that actually the person died in the fire… This is not a person who was planted dead in the fire. He was alive when he was burning,” he said.

Oduor spoke to journalists after the postmortem was conducted on Korir’s body at Chiromo Mortuary. More than two dozens of family members from both sides turned up for the exercise at Chiromo.

Oduor said the body was severely burnt with that being evident on the back and at the buttocks.

Before the postmortem, the pathologists had visited the scene of the incident and analysed the car, which was cordoned off at Buruburu police station as investigations went on.

The matter lit up social media, with many claiming it was a statistic in the many growing cases of fatal domestic misunderstandings. However, Oduor said the results showed nothing sinister and extraordinary.

He said that other organs, including the brain, lungs and intestines remained intact, clearing the air on the reports that the victim might have been attacked and his body put into the car in a cover-up.

“We estimate most likely he inhaled a lot of soot and took a lot of time in the car before he died, the reason being there was red discolouration of tissues because of inhaling carbon monoxide,” Oduor said.

He was accompanied by Buruburu DCI officer Adan Guyo and other police officers handling the matter.

Focus now shifts to fire specialists and Government Chemist officers to unravel how the fire might have come about.

Also handling the matter are DCI officers who are still analysing forensics to determine people who had come into contact with the car in the timelines of the fire incident.

On Tuesday, detectives said they did not know how long the investigation would take. "There are so many factors," one officer said.

On Tuesday last week, private security guards reported a car that was burning at the parking yard before Nairobi county firefighters were called to put out the fire, which had gutted the Subaru Impreza, KBY 779M.

On Thursday, detectives questioned five people in a bid to unravel the puzzle of the bank employee's death. Those who have written statements at the Buruburu police station include the widow and her house help.

A neighbour who was the first to respond was also called to record a statement. Others are two private security guards manning the main entrance of the courts. They were also among the first responders and participated in putting out the fire.

Korir will be buried at the weekend.