•Narok Senator Ledama Ole Kina sends a warning shot to governors moments after being elected the chairman of the powerful Senate oversight committee.

•The vocal senator on Monday trounced his Kisii counterpart Sam Ongeri to the chairmanship of the Senate County Public Accounts and Investments Committee. 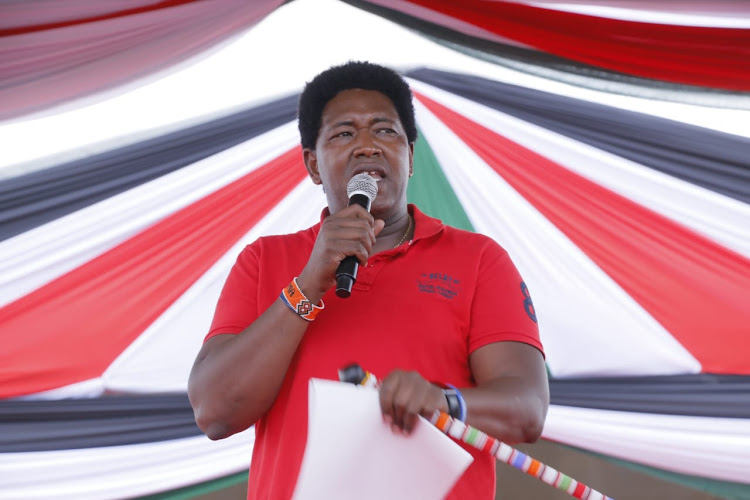 The election of Narok Senator Ledama Ole Kina as the chairman of the powerful Senate oversight committee has rattled ODM.

Ole Kina was on Monday morning elected as the committee chair.

The team oversights the expenditure of billions of shillings sent to the counties.

The party is said to have prevailed on Migori Senator Ochillo Ayacko to step down for Ongeri.

Although the Senate Standing Orders do not specify who should chair the oversight committee, in the last Parliament, senators agreed the position should be chaired by a member from the Minority side.

"I express and register dissatisfaction with the conduct and outcome of the election of the leadership of the County Public Accounts and Investments Committee, which were purportedly done today," Orengo said in the letter.

"We intend to withdrawn our membership from the said committee until an appropriate resolution can be made."

Insiders said that top ODM echelons were not happy with Ole Kina’s election and were planning to instruct their members to de-whip him if the Speaker declines to accept Orengo's request.

The sources disclosed that Ole Kina got the support of nearly all the Jubilee Senators in the nine- member committee.

“Some people don’t want me to chair this committee but I want to say that I have been democratically elected and will serve my country in this position,” Ole Kina told the Star.

He insisted that he will not surrender the seat, despite pressure from some quarters to vacate the position.

"Orengo as a man who has been representing himself as a democrat should withdraw the letter. Otherwise, I will be representing Senator Ledama in court  pro bono," Wajackoyah said.

Soon after his election, Ole Kina sent a warning shot to governors to prepare to account for every public coin they spend.

“When we call the governors, they better come prepared. We know there are governors who were there before and they might think they are off the hook. But with Ledama there, they are not off the hook,” the senator said.

He added, “My message is very clear, if you are given public money and you spend it, as the chair of that committee, I will ensure you account for every coin.”

Ole Kina succeeds Homa Bay Senator Moses Kajwang' whose tenure saw the tabling of at least 63 reports on the scrutiny of Auditor General’s queries on the expenditure in counties.

“We will adopt technology, we will have an intranet that all of us will be able to work on. I will be able to work with my team to put together a summary of all the 47 county Auditor General reports for all the years. Each committee member will be given enough time to put their questions,” Ole Kina says.

Senator Omanga said they elected Ole Kina, because he is young, energetic and equal to the task and understands the operations of the panel as he was in the previous committee.

“He is young and know the former chair was young and intelligent. So we wanted someone with the same vigour and energy to carry on with the work that Kajwang' did,” Omanga said.