Mochache added that the ministry is open to scrutiny

• Health PS Susan Mochache says so far, only part of the Sh1 billion has been received and that no money has been spent.

• Mochache said the fund is expected to assist the ministry in the national Covid-19 response for six months between April to September. 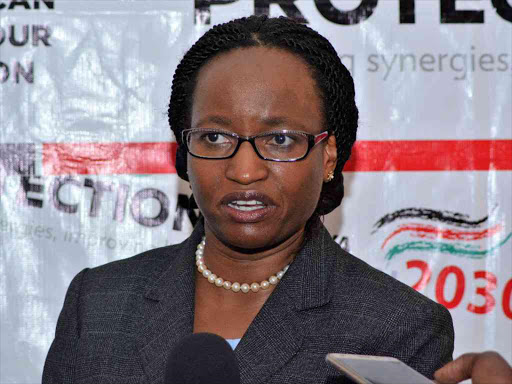 The Health Ministry has dismissed reports that the Sh1 billion from World Bank has already been spent and exhausted i teh first month in war against Covid-19..

Health PS Susan Mochache in a statement on Saturday said so far, only part of the Sh1 billion has been received and that no money has been spent.

“It is, therefore, a gross misinterpretation to state that the ministry has already spent the money,” the statement reads in part.

Mochache said the fund is expected to assist the ministry in the national Covid-19 response for six months between April to September.

She further noted that when an initial Sh1 billion was approved by the World Bank, the ministry drew a budget to show how funds would be apportioned to various mitigation activities spread across six months starting April.

The funds by the World Bank are meant to support various activities of the sub-committees of the National Emergency Response Committee’s multi-agency technical task force under the Ministry of Health.

“The budgeting exercise was carried out in strict consultation with all relevant government experts, and in line with World Bank procedures."

"Utilisation of the budget support is ongoing and that the money will be dispensed on the need basis, from time to time over the planned period," Mochache said.

According to the PS, all government and World Bank procedures on utilisation of donor funding will be strictly and meticulously complied with.

Mochache added that the ministry is open to scrutiny by all relevant agencies to confirm the expenditure at any time.

The highest allocation, according to the ministry is Sh735 million, which is to be spent on the procurement of personal protective equipment, laboratory testing kits, sample collection kits and laboratory reagents.

The PS added that a rigorous expenditure monitoring procedure had been put in place to inform constant adjustments to the Covid-19 response activities to ensure prudence.

“The national response to Covid-19 is a delicate and laborious programme that calls for the support of all players in executing the tasks of protecting the lives of our frontline staff, contact tracing and managing quarantine facilities in all the 100 centres,” she noted.

Health CS Mutahi Kagwe on Tuesday tabled a report of the budget indicating the projected expenditure during the Covid-19 targeted containment period of six months.

The issue has sparked mixed reactions from Kenyans who are now asking for accountability as to how the amount was spend, with the report showing that the amount might have been spent on non-essentials.