• Ministry of Health says it has mobilised more than Sh2.1 billion to aid in the fight against the pandemic. 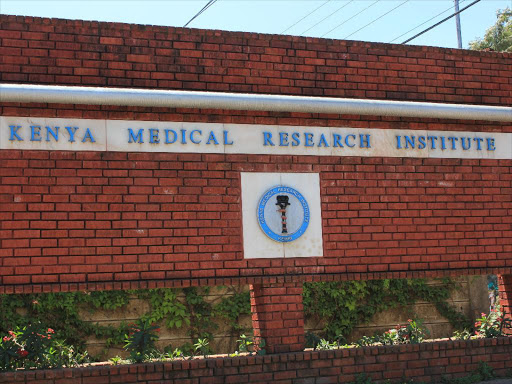 The country has run out of essential screening and testing equipment even as the government projects a worst-case scenario of as many as 30,000 Covid-19 deaths.

Kemri– the crucial agency at the centre of screening, testing and research for a vaccine – says essential supplies have been depleted.

In his submission to the Senate ad hoc committee on Covid-19, Kemri director Yeri Kombe said on Tuesday the institution is out of equipment, supplies, reagents and materials used in screening and testing Covid-19 patients.

As a result, Kombe said the institute was in dire need of Sh790 million to restock and resume normal operations and scale-up testing.

“The institute has exhausted most of the reagents and materials being utilised in screening and testing for the virus,” Kombe said.

The report from the committee was tabled in the Senate on Tuesday.

The revelations were made as the Health Ministry said it had mobilised more than Sh2.1 billion to fight the pandemic.

Meanwhile, the ministry has disclosed worst-case modelling project of 30,000 Covid-19 deaths if all hygiene and containment measures are not strictly followed.

“In order to effectively contain the outbreak, strict adherence to the recommended hygiene and containment measures is imperative. However, rampant lack of discipline and deliberate breaches of government directives had significantly compromised the effectiveness of the current response efforts,” Health CS Mutahi Kagwe said in his submission to the Senate committee.

Kemri, the institution that tested the biggest number of people for Covid 19 – more than 6,000 – since the first case was reported in March, is facing challenges that threaten to frustrate the planned mass testing.

Kombe said the challenges include lack of technical staff, cash flow challenges and lack of essential materials to fight the virus.

In the breakdown sent to the Senate, the institute said it needs Sh100 million to recruit trained personnel to support laboratory screening, vaccine development and diagnostics to improve the turnaround time and delivery.

Further, Kemri needs Sh540 million to restock the reagents and materials used in screening and testing for the virus and supporting ongoing research for a vaccine.

“Various scientists have submitted proposals for Covid-19 research. These proposals are of high impact and will go a long way in helping the country understand the transmission patterns,” he said.

About Sh150 million is needed to increase the institute's capacity for screening, kits production and vaccine development.

Currently, an average of only about 700 samples are tested per day against the capacity of 37,000. This is attributed to the shortage of reagents and consumables, equipment health and the capacity of health workers to collect such a large number of samples every day.

The country is currently using the automated testing equipment – COBAS 8800. Only seven of such equipment are available in the country, with five stationed at Kemri.

“Kemri is in the process of developing a Point of Care Test (PoCT) diagnostic kit. The kit will be easy to use, easily deployable to health facilities including those in remote lower level laboratories and cheaper than rRT-PCR,” Kombe said.

The Senate committee recommended that the money needed by the institution be provided through a supplementary budget for use in bolstering its capacity in personnel, reagents, consumables, equipment and research.

“The committee observes that the timing of the dismissal is wrong as it is likely to have a significant impact on the morale and motivation of the various staff who were working under him,” the committee said.

Besides the challenges facing the institute, submissions by the Ministry of Health and the Council of Governors revealed the capacity challenges the country faces in the fight against the virus.

The country is facing an acute shortage of isolation and ICU facilities. The ministry said the total projected need for isolation beds was 3,116, of which 2,280 were county isolation beds and 836 for the national government.

There are 518 ICU beds spread across 79 health facilities against the projected need of 227.

“As such, there was a projected deficit of 190 ICU beds for use by Covid-19 patients,” Kagwe said.

“In order to narrow the alarming gap in critical care services across the counties, a grant from the Covid-19 Emergency Fund should be provided for every county for purposes of expanding ICU bed capacity and increasing the availability of ventilators and other basic oxygenation equipment,” the committee recommended.

The number of functional ventilators available in the country stands at 297. Of these, only 90 are in public health facilities.

“In order to meet the shortfalls, the government was set to receive donations of 105 ventilators from friendly nations. Additionally, the MoH had procured 30 ventilators, of which eight have already been distributed to counties,” he said.

Council of Governors chairman Wycliffe Oparanya said effective response to the pandemic was hindered by inadequate resourcing of county response plans including widespread exhaustion of emergency budgets across the counties, delays by county assemblies to pass needed supplementary budgets and non-cooperation from the office of the Controller of Budget.

The Sakaja-led committee wants the Ministry of Health to subsidise the cost of quarantine to protect ordinary citizens from the catastrophic expenditure.

Further, the committee has asked the government to zero-rate medical devices through a legal notice to enable even private facilities to purchase the materials needed to fight the disease.

Post a comment
WATCH: The latest videos from the Star
by JULIUS OTIENO Journalist, Political and Parliamentary Reporter
News
29 April 2020 - 05:00
Read The E-Paper