• Judges say the commission has not done enough to enforce the circular on sexual misconduct and Code of Ethics.

• Holds that the failure by the TSC to provide reasonable care for pupils is a breach of the state’s duty. 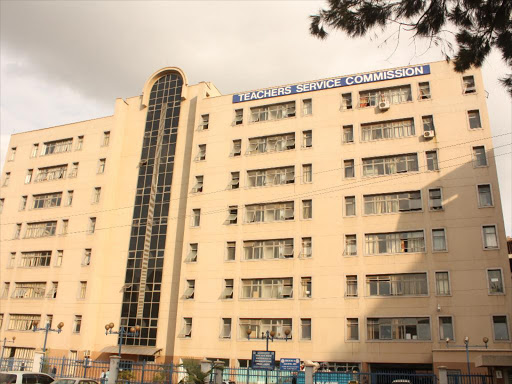 The Teachers Service Commission can now be surcharged for any sexual misconduct committed against learners.

The teachers’ employer can also be compelled to compensate students who have survived sexual abuse by teachers.

In a landmark ruling by the Court of Appeal, judges turned down the commission’s quest to be excused from such costs.

Appellate judges Roselyn Nambuye, Martha Koome and Fatuma Sichale held that TSC - by extension the state - has a duty to protect children from dangerous elements within the school.

“Providing a safe learning environment does not only refer to infrastructure but also ensuring the dignity of the child is not violated more so by their caregivers,” the April 24 ruling reads.

They held that the same responsibility should extend to instances where students sustain injuries resulting from a fault in the school’s installations.

The trio further ruled that failure by the TSC to provide reasonable care for pupils is a breach of the state’s duty.

Judges Nambuye, Koome and Sichale said the commission had not done enough to enforce the circular on sexual misconduct and Code of Ethics.

“Once a teacher has been hired, the TSC has a legal duty to supervise the employee and his conduct at work to shelter third parties from risk,” they said.

TSC was faulted for issuing circulars to teachers or schools while leaving out students, who are the potential victims.

The judges observed that there was a failure in providing support and remedies for children who may be subjected to sexual violence by their teachers.

The decision followed reliefs sought by the TSC following a ruling by Judge Mumbi Ngugi in May 2015.

Ngugi ordered the TSC to pay Sh3 million compensation to two minors in a defilement case at a Nakuru school.

In the case, TSC was found liable for the acts of one Henry Amkoah - who was slapped with Sh2 million penalty.

This followed a petition filed by guardians of the two minors who accused the then deputy headteacher of having sex with the two learners whom he taught Kiswahili.

The minors stated that the teacher on July 4 invited them to his house under the guise of helping him with some housework.

Court papers show that it was during the visit that the teacher allegedly took advantage and defiled one of the pupils.

“On July 30, the teacher attempted to defile another student in a classroom before he was stopped by curious pupils who peeped through a window,” the papers read.

The teacher was acquitted of the charges at a chief magistrate’s court in Nakuru before the matter escalated to Ngugi.

The judge, in her May 2015 ruling, held that the TSC compensates the minors for failing to “up its game in respect of protecting them while at school”.

Judges Nambuye, Koome and Sichale backed her decision, further faulting how the case was handled.

“TSC failed to investigate similar allegations before the teacher’s transfer. It took on the risk that the teacher would commit a wrong in failure to warn the school and students of the tutor’s weakness.

“TSC is accordingly liable for the creation of such risk as there was no credible mechanism put in place to mitigate the wrong,” the ruling reads.

The trio disagreed with arguments by the TSC lawyer and Attorney General that the teacher’s act did not fall within the scope of his employment.

They had argued that the acts were committed purely for the teacher’s gain, and not in the course of official duties as an employee.

TSC cited grounds the unlawful acts were committed at the teacher’s house which was outside the school premises and at times when the school time was over.

But the appeal judges said the argument was unconvincing as the opportunity to lure the minors occurred in school.

“A finding of failure by the TSC to exercise reasonable care leads to a finding of breach of the state’s duty, which is apparent in this matter,” they ruled.