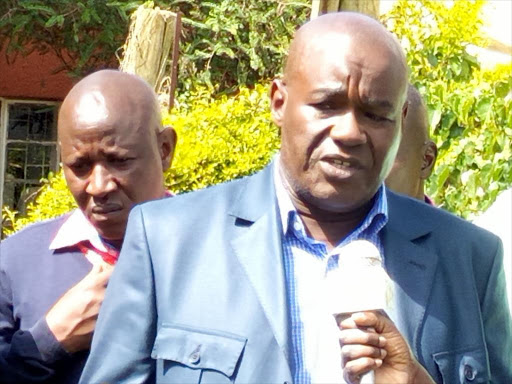 In his letter to the speaker of Kirinyaga County Assembly, Kositany who is also the Soi MP said Tuju has no mandate to dismiss elected assembly leadership as it is only a preserve of MCAs.

"Article 9 provides for the roles of the secretary general. The roles enumerated therein does not include the dismissal of an elected leader of any House, an official or a member of the party. What comes near a disciplinary role is his or her mandate in implementing the decisions of the various party organs. The constitution does not grant such powers to the secretary general but instead designates the relevant party organs with such powers," he said.

Three weeks ago, Tuju wrote to assembly majority leader James Murango dismissing him from his position.

He accused Murango of not waiting for the party to resolve some of the issues the assembly had raised against Governor Anne Waiguru.

Tuju noted that some of the complaints by the MCAs against Waiguru were personal while others needed to be resolved through party organs.

He said Murango was part of MCAs, mostly independent, who addressed a press conference when they issued a notice of motion to impeach Waiguru.

“Before we could read the whole dossier and have the tripartite meeting, to our consternation you became part of the cohort of mainly independent MCAs who addressed the mass media on the notice of motion to impeach the governor,” Tuju said.

In a move that is likely to spark fresh wars between the allies of Deputy President William Ruto and Tuju, Kositany said the dismissal is null and void and the changes can only take effect when Jubilee party MCAs in the assembly elect a new majority leader

They see drastic disciplinary step by Jubilee secretary general as bid to save governor
News
1 year ago
by SHARON MAOMBO
News
28 April 2020 - 20:59