Supplies from Kemsa allegedly include both good and poor quality gear

• The union has further noted that there is still a shortage of PPEs. 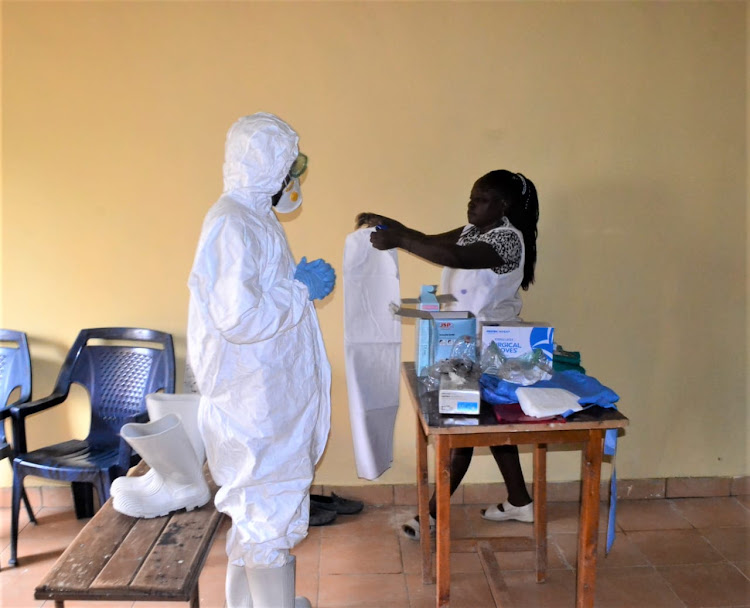 Doctors have raised concerns that substandard personal protective equipment is in circulation.

Speaking during their weekly briefings, the Kenya Medical Practitioners Pharmacists and Dentists Union called on healthcare workers receiving the PPEs to be vigilant and reject any that they deem to be of low quality.

The union has further noted that there is still a shortage of PPEs with most doctors still lacking N95 masks, gowns and face shields.

“KMPDU recommends that the government subject all manufacturers to the same stringent quality measures as specified by Kebs. Some counties have reported that the PPEs supplied from the Kenya Medical Supplies Authority may be a mixture of quality PPEs and poor quality gear,” Ag secretary general Chibanzi Mwachonda said.

Calls and messages to Kemsa for comment went unanswered.

In addition, the doctors are against the government’s action of turning quarantine facilities into detention camps for lawbreakers, saying the move will further strain the already overwhelmed workforce.

“Petty offenders should be charged in a court, not in quarantine. The condition in the centres should also be improved.”

Mwachonda said relevant ministries directed by the President to organise welfare packages for health workers should move with speed and implement the directive, adding that the package should include a comprehensive NHIF medical and compensation cover.

On Saturday, Isiolo Governor Mohamed Kuti, who doubles as the CoG Health committee chairman, urged the Kenya Bureau of Standards to enhance capability at the county level so that manufacturing is not only centralised in Nairobi.

“A lot of young people and women groups are manufacturing face masks. It is important that those face masks are standardised and verified so that they meet the required specifications,” Kuti said.