• CAS said in the last 24 hours, eight patients have been discharged from hospital. This brings to 106 the total number of recoveries. 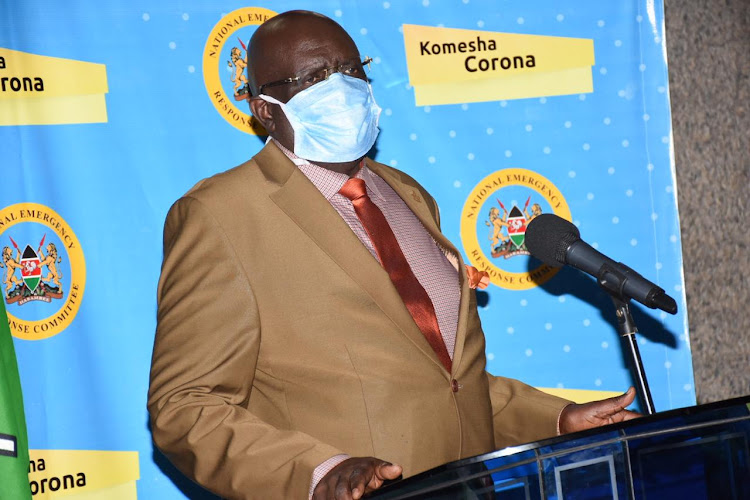 The reopening of schools and colleges has been pushed forward by another month.

Education Cabinet Secretary George Magoha on Sunday said the earliest schools can reopen is June, even though Kenya is now registering more recoveries from Covid-19.

"There will be many interventions depending on how we control the disease. Every child will be given time to cover the lost time before an exam is administered. The government hasn't decided if to postpone both the KCSE and KCPE [exams]," he said during the daily briefing by the National Emergency Response Committee at Afya House, Nairobi.

On Sunday, the committee reported 12 new Covid-19 cases, from 500 tests.  This brings the total reported cases in Kenya to 355.

"In the last 24 hours, we have discharged eight patients from our hospitals. This brings to 106, the total number of our recoveries," he said.

No death was reported in the past week. This means the disease has killed only 14 people so far, according to the government.

Aman said eight of the newly infected people are from Nairobi and four are from Mombasa. They are aged between 14 and 60.

All 12 are Kenyans, and three have a recent history of travel from Somalia.

However, Kemri staff said Dr Lutomiah was demoted for questioning the government's seriousness in fighting the pandemic, yet Kemri was not receiving the support it requires.

Because of the shortage, Kemri tests less than 1,000 samples daily, much less than what Uganda and Rwanda each test in a day.

The NERC further directed that all long-distance truck drivers be tested for Covid-19. This comes after Uganda deported several Kenyan truckers after testing positive.

On Friday, when Uganda reported 11 new Covid-19 cases, five of them were Kenyan truck drivers who had crossed the border through Busia and Malaba.

Speaking on Saturday from State House, Nairobi, President Uhuru Kenyatta also extended the cessation of movement in and out of Nairobi, Mombasa, Kilifi, Kwale and Mandera by another 21 days.

Uhuru also said the nationwide 7pm-5am curfew had been extended for another 21 days.