Covid-19: Government is yet to spend Sh40 billion

• Sh13 billion will be for SMEs support and payment of pending bills has been disbursed.

• The minister was clear that the funds were budgeted but not yet spent.  The Star regrets the error and apologises to the minister for any embarrassment caused. 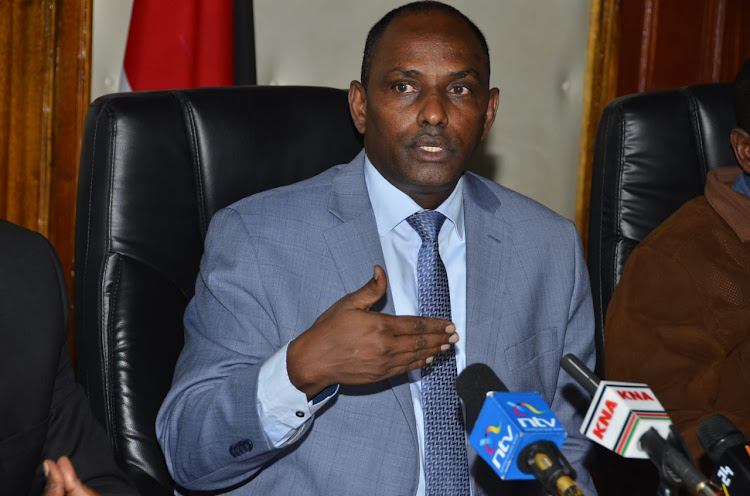 In the print edition of the Star today, it stated that the government had spent Sh40 billion fighting the coronavirus.

The correct position is that the Treasury has allocated Sh40.3 billion to manage Covid-19 but this money has not yet been disbursed. Treasury has however already disbursed Sh13 billion for SME support and payment of pending bills.

The Cabinet Secretary for Finance, Ukur Yatani, met the Select Committee on Budget and Appropriations on Wednesday.

The minister was clear that the funds were budgeted but not yet spent.  The Star regrets the error and apologises to the CS for any embarrassment caused.

“We have provided Sh40.3 billion to mitigate against the impact of the Covid–19 which comprise Sh33.4 billion under recurrent and Sh6.9 billion under development,” Yatani told the committee.

The CS listed the measures taken by the government since the first case was reported 41 days ago.

Government has reduced VAT from 16 to 14 per cent, provided 100 per cent relief to persons earning gross monthly income up to Sh24,000, and reduced personal income tax from 30 to 25 per cent.

Yatani told the Star today that part of the Sh40 billion will be spent on interventions to mitigate against flooding and associated emergencies.

Yatani pointed out that Parliament only approved the supplementary estimates on Wednesday.

“With the passage of the supplementary estimates, we are going to release pending bills. We are going to fast-track the payment of VAT refunds. These are plans and have not been achieved but will be put in place from today going forward.”

“Those measures have legal implications and can only be rolled out after Parliament goes through them. The entire allocation goes not just to the pandemic but to cross-sectoral issues,” Yatani said.

He said they have received support from development partners to bolster health and other sectoral interventions.

“When we make provision for water, it is not just for Covid-19 but to enable the targeted communities to access clean water,” Yatani said.

The CS said a lot of work has gone into the emergency response triggering procurement of items like face masks and personal protective equipment. Isolation centres are also being set up.

The Health Ministry has been allocated Sh4.6 billion of which Sh1 billion is for hiring health workers.

A further Sh400 million is provided for relief food and non-food commodities for insecure communities.

The National Intelligence Service will get Sh1.5 billion to help in contact and case tracing of Covid-19 cases.