• Part of the donation, Sh356.5 million, will enhance health systems in level 2 and 3 hospitals in counties.

•About Sh155 million will be used to support water and sanitation interventions in potential Covid-19 hotspots. 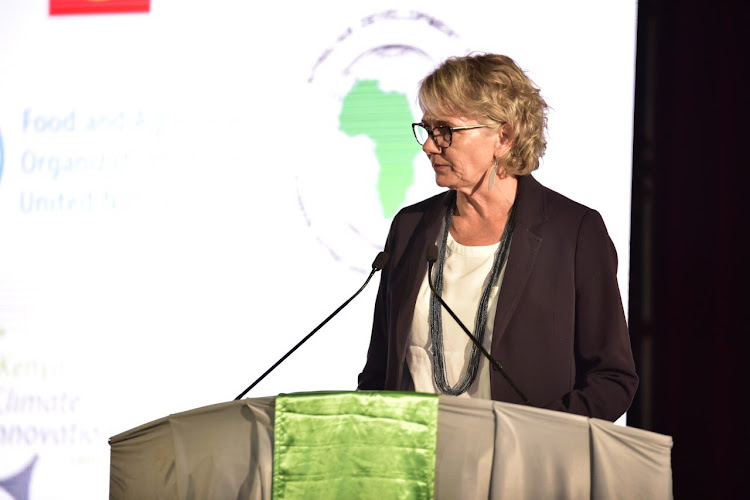 Kenya’s war on Covid-19 has received Sh513 million emergency support from the government of Denmark.

Part of the donation, Sh356.5 million, will enhance health systems in level 2 and 3 hospitals in the counties while the balance, about Sh155 million, will be used to support water and sanitation interventions in potential Covid-19 hotspots. This will be implemented through the Water Sector Trust Fund.

Some of the identified hotpots are Nairobi, Mombasa, Kwale and Kilifi counties.

“Even if the pandemic rages in Denmark, we have decided to provide another contribution of DKK33 million (Sh513 million) to the people of Kenya during these challenging times. It is our ambition that the funding will benefit the poor and vulnerable populations the most,” Knudsen said in a statement on Tuesday. 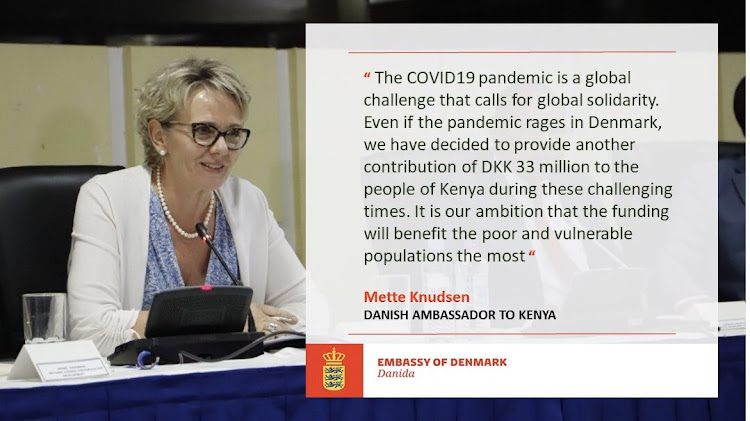 The ambassador said the intervention will focus on the vulnerable and highly populated settlements to curb transmission.

Health CS Mutahi Kagwe has said the virus is now being spread through community transmission and called for more personal responsibility among Kenyans.

The Parliament of Denmark on Thursday approved a global Covid-19 emergency support package of Sh10.1 billion, with Sh513 million being earmarked for bilateral interventions in Kenya.

Since 2016, Denmark has contributed Sh2.5 billion to the universal health coverage in Kenya.

The contribution to water and sanitation also forms part of the larger multi-donor contribution of Sh211 million announced by Denmark, the European Union, Finland and Sweden last week.

EU Ambassador to Kenya Simon Mordue said the union and its member states were working hard towards reorienting development funding to areas where it is critically needed in response to the pandemic.

“This is one quick win, as we seek to mobilise more resources to this end. This response targets nearly 120,000 people from areas that don’t have access to lifesaving water and handwashing facilities,” Mordue said on April 17.

The new Danish support comes in addition to the Sh341 million for emergency health response provided through the World Bank announced on April 4.

Denmark-Kenya Partnership Policy 2015-20 cites heathcare as one of the key areas of bilateral ties.

“Intensive investment in strengthening health delivery systems along with capacity building at the county level will be key to ensuring health services delivery as the country goes through the devolution transition process,” the policy notes.