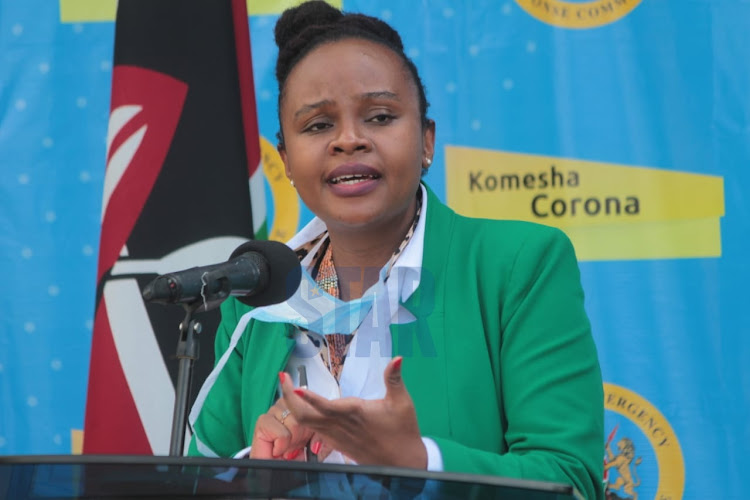 Safaricom is set to roll out a free internet bundles and airtime package for health workers, CAS Mercy Mwangangi has said.

During a press briefing on Tuesday at Afya House, Mwangangi thanked the telecommunications company for the support through it's foundation and other donations that have come in.

"Safaricom will be supporting health care workers and it's in the process of rolling out a free communication package. This package will include three months of internet bundles and airtime for our healthcare workers and will form part of the comprehensive care package for our workers," Mwangangi said.

She added that mobile network providers, in particular Safaricom through it's foundation and other donations that have come in so far, have contributed close to Sh10 million for thermal scanners and have helped in expanding screening capabilities.

The cost of living report released by KNBS early this month showed that the majority of Kenyans spend a lot of their money on airtime.

Mwangangi also thanked the Kenya Air Force for deploying two aircraft that have been flying banners aiding in spreading the 'Stay at home' message.

Out of these, 11 are Kenyans, while four are foreigners. None have a history of travel.

The CAS said seven of the new cases are from Mombasa, which has become a hot spot for the virus.

On a positive note, another five patients have recovered, raising the number to 74.

Out of the new cases, seven are male, while eight are female.

Military salutes medics on frontline in fight against virus