• Cop will plead to the charge on April 23 after mental assessment. 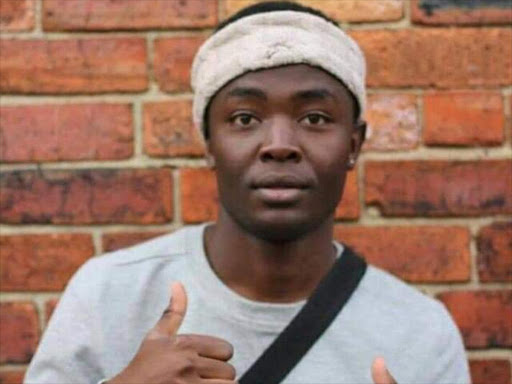 December 2018 was a gloomy Christmas for Josephine Wangare and her family.

Her son David Carilton Maina who was a student at Leeds University in the UK had returned home for the festivities but was felled by a police officer.

On the fateful day, 22-year-old Maina was out with contemporaries in Kibera’s Laini Saba area.

A police officer shot him dead, ending his dream of completing engineering studies abroad and helping lift his family from a life of poverty. The incident happened on December 21. Maina was on his way home after watching a football match with friends.

After the agony of burying her son, Wangare plunged into a 16-month wait for justice.

On Thursday, some light appeared at the end of the tunnel after the police officer allegedly involved in the fatal shooting was arraigned on charges of murder.

Emmanuel Abunya, stationed at KNH, appeared before Justice Ngenye Macharia but did not take a plea until April 23 to allow for his mental assessment. The judge ordered he be remanded at Kilimani police station.

Speaking to the Star, the mother said while the arrest of the officer and his arraignment gave her hope, she could not count her chicks yet.

“It’s been a long wait and I am glad the officer was arraigned. But I hope justice will be served for the blood of my son,” she said.

Wangare said she hoped the trial would not be bungled to protect the officer and if found guilty, an appropriate punishment would send a signal to his colleagues who are reckless with power or work with impunity.

"No one should ever have to bury their child. It is even more painful if the cause of death is impunity," she said.

But it was not just her who welcomed the development. Loud sighs of relief were discernible among police reform watch groups, lauding the arrest and calling it long overdue.

Amnesty International said Ipoa and the Internal Affairs Unit of the police needed to be more proactive and that in a close working relationship with the DPP, cases should be thoroughly investigated and expedited to secure convictions.

AI said arraignment of the officer offered hope for justice to Maina’s family.

Missing Voice, a platform of civil society groups pushing for police accountability, said although the wait had been long, the arraignment of the officer was encouraging.

"Missing Voices will continue to follow up this case in court until justice is finally served for Carilton’s mother and her family. We ask that the court ensures their constitutional right to a fair hearing is respected and the witnesses are protected," the organisations said.

The lobbies noted that though they were cautiously delighted, they were concerned that numerous other families still did not have answers for their loved ones killed or injured by the police.

"Last year, alone Missing Voices reported the killing of 107 civilians by police officers and only 10 of these cases resulted in police officers being arrested. In the first 100 days of this year we have recorded 49 deaths in the hands of police," they said.