Politics shouldn't be a priority when some Kenyans have no food

• Kenyans want to hear how their leaders are planning to tackle the disease.

• Those who just talk politics are demonstrating their selfish characters. 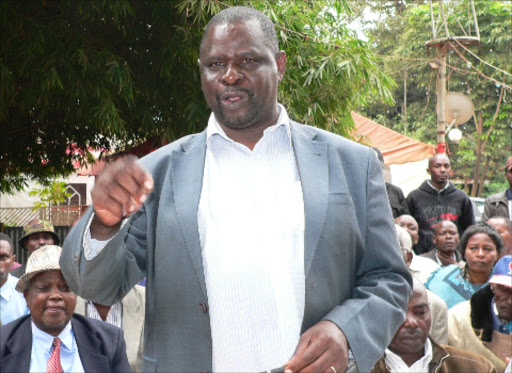 Deputy President William Ruto has come under fire from the Kikuyu Council of Elders for reigniting the 2022 succession politics.

The elders, while asking Ruto to stop being too ambitious, warned that engaging in 2022 politics as the coronavirus spreads could prove costly.

Chairman Wachira Kiago said it was unfortunate that Ruto was talking about controlling 70 per cent of Parliament when Kenyans are suffering.

“Politics is not a priority at the moment because some Kenyans don’t have food and rent while others have lost their jobs because of this disease,” he said.

Secretary general Peter Munga said leaders should never forget that the coronavirus is not limited to a specific class of people.

“Why are some of our leaders busy politicking and forgetting that they can also get infected? This is a disease that does not know class. It, therefore, means that we should all come together and concentrate on keeping the pandemic at bay,” Munga said.

Kiago appealed to leaders to direct their energies to finding ways of beating the pandemic, which has so far killed 10 people and infected over 200 in the country.

Globally, the disease has killed more than 137,000 with over 2 million testing positive.

Kiago said Kenyans want to hear how their leaders are planning to tackle the disease. “Leaders should be busy bringing people together to fight the pandemic.”

Ruto sparked a political debate when he rejected attempts by Jubilee secretary general Raphael Tuju and other officials to nominate members of the party’s National Management Committee.

Some 146 Jubilee leaders filed their objections to the changes with the registrar of political parties Anne Nderitu.

Ruto allies have indicated that the DP wants Jubilee to call the National Executive Committee meeting to draw up a calendar for party elections.

They are keen to elect people who will support Ruto’s agenda within the party as he prepares to succeed President Uhuru Kenyatta in 2022.

Munga hailed Health Cabinet Secretary Mutahi Kagwe for his astute leadership on the efforts to stop the spread of the disease in the country.

“He has proved that the country has capable leaders. We just wish all leaders could keep their differences aside and join forces to fight this disease,” he said.

Kiago said Kenyans will be watching if leaders will stand with them during these harsh times.

“Those who just want to talk politics will be demonstrating their selfish characters. People want to be told how the government will cushion them from the effects of the disease and not the politics of 2022,” he said.

He added that leaders should also speak with one voice on intervention measures being put in place.