The professor was fatally hit by a 52-seater bus on Landhies Road last Friday.

• In a 2013 TV interview, Walibora argued that most Kenyans keep promising themselves to be on the lookout for an opportunity to relocate to the West.

• 'Your dream of moving to the West, the United States in particular, is an illusion' 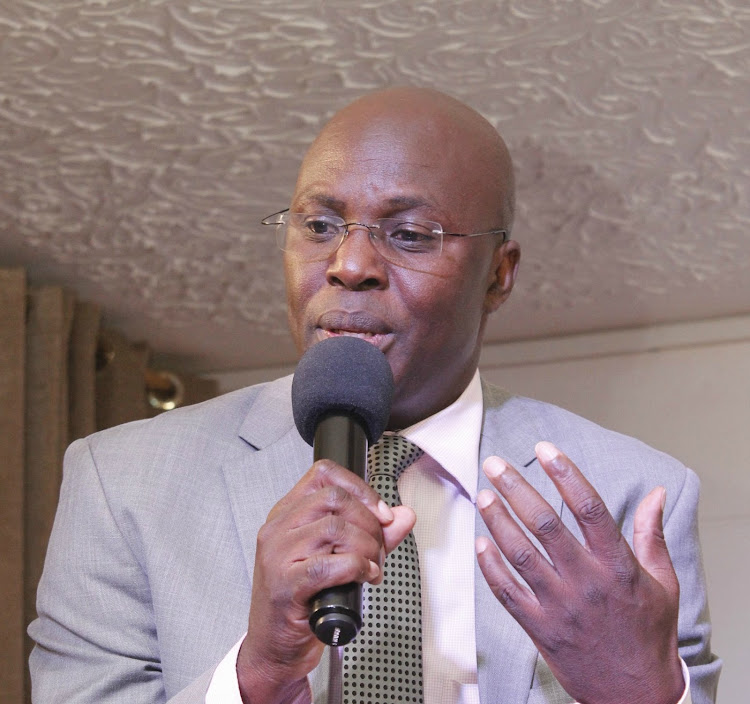 The grass is not always greener on the other side, and the West is much worse, Prof Ken Waliaula Walibora told a TV interview in 2013.

The remark followed a reflection from his 10-year-stay in the US. “Your dream of moving to the West, the United States in particular, is an illusion,” the prolific author and veteran journalist said.

It is that conviction that inspired Walibora’s writing of his book Ndoto ya Amerika in which he cautions those from developing countries harbouring the dream of relocating to the west.

Walibora died last Friday after he was hit by a 52-seater matatu along Nairobi’s Landhies Road. His body was found at the Kenyatta National Hospital mortuary on Wednesday morning after friends and family reported him missing.

Walibora had more than 40 books to his name.
News
2 years ago

“The story is about the illusion of completeness that supposedly comes from wanting to move from your place of work. The illusion is perverse...it plagues majority in third world countries,” he said.

“...[It is feeling]..that home is not good enough...that the ultimate desire is to be in America.

“This is an enemy of the progress of most people.”

Walibora said although he had stayed in the US and had a life there, he found Kenya far much better. With hard work, one can easily make it here than overseas, he said.

The shocking news of his death led to an outpouring of messages of condolences.

President Uhuru Kenyatta is among thousands of Kenyans who eulogised Walibora as a renowned author, scholar and journalist.

“The late Walibora was a polished broadcaster and prolific writer whose literary works will continue to inspire future generations,” Uhuru said.

Leaders have been blamed for the stagnation of Kiswahili growth by failing to use it and clinging to English despite being poor in it.Kiswahili ...
Counties
3 years ago

Born in 1964, Walibora had more than 40 literary titles to his name, the most famous being Siku Njema, which was published in 1996 and was a secondary school setbook.

“He was a humble and accommodative person. The most humble person I’ve ever encountered. He was helpful to students in need and was always open to receive them in his office,” said Job Mokaya, publishing manager at East Africa Educational Publishers.

Walibora was also a fierce advocate of the growth and adoption of Kiswahili as a language of communication in Africa.

During his four-year stint as an assistant professor at the University of Wisconsin, Walibora argued that Kiswahili is on par with other international languages as a medium of communication.

He also worked as a Kiswahili newsreader at Kenya Broadcasting Corporation and Nation Media Group. Until his death, Walibora was a senior lecturer at Riara University, which he joined in August 2018.

Police were on Wednesday looking for the bus driver who knocked him down.

Ruto eulogised Walibora as man of insight.
News
2 years ago
Post a comment
WATCH: The latest videos from the Star
by GORDON OSEN AND OMONDI ONYATTA
News
15 April 2020 - 23:00
Read The E-Paper