Refugee commits suicide after scuffle with police over food

Aneste Mweru, 28, hanged himself on a tree using a white scarf along Waiyaki Way

•Fellow refugees who were with Mweru in the morning said, he had complained of hunger before proceeding to ask for food at UNHCR offices. 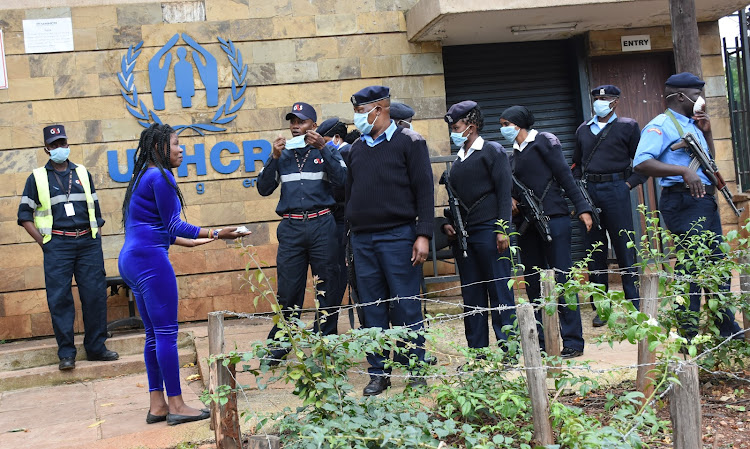 ANGER: A woman confronts police officers outside UNHCR offices after a refugee committed suicide outside the outside the offices on April 13, 2020
Image: MERCY MUMO 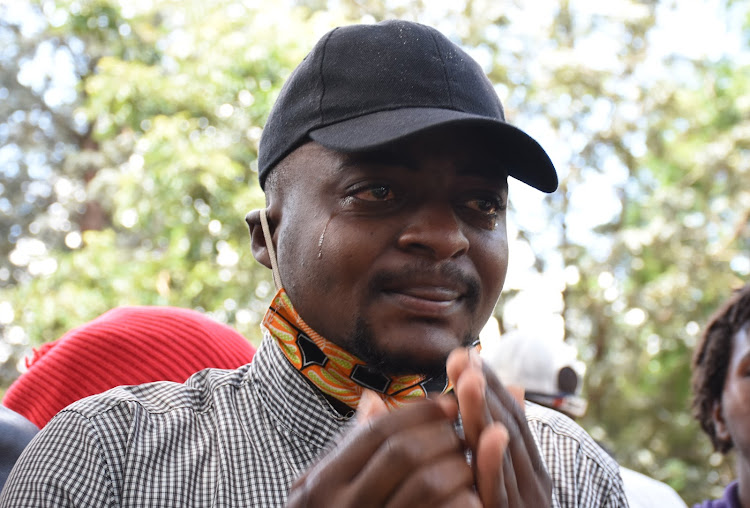 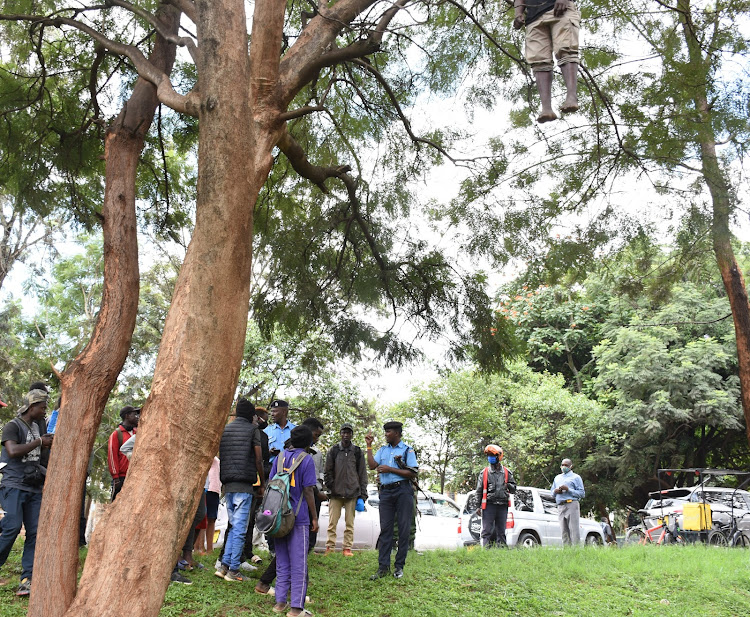 SUICIDE: Police and members of the public at the scene where a Ugandan refugee committed suicide outside UNHCR offices, Westlands, on April 13, 2020
Image: MERCY MUMO

Aneste Mweru, 28, hanged himself on a tree using a white scarf along Waiyaki Way.

His body was discovered by passersby around 10.20am.

Fellow refugees who were with Mweru in the morning said he had complained of hunger before proceeding to ask for food at the UNHCR offices.

“He left us where we were sleeping and proceeded to ask for food but the officers started beating him with sticks,” said Jerome Sumbu, a refugee from Congo.

It emerged that earlier, the refugees who sleep under a footbridge had a scuffle with police officers who were dispersing them.

More than a dozen agitated refugee youths jeered at the private and armed security officers manning the UNHCR offices, blaming them for the death of their colleague.

The refugees who hang outside the offices depend on handouts from well wishers to survive.

But with the coming of coronavirus pandemic, few people are coming out to help them with food.

“Since the outbreak of coronavirus, nobody is willing to help us because we understand even Kenyans themselves have little for themselves. Instead of UNHCR officials helping us at this time when everybody is in need of food, they chose to beat our friend,” a Somali refugee who wished not to be named said.

The refugees now want the government and private donors to consider them during food distribution meant to cushion Kenyans from the effects of coronavirus.

Mweru's body hung on the tree for two hours before Kilimani police officers took it away to the City Mortuary.

Kilimani subcounty police commander Lucas Ogara said investigations are underway to ascertain circumstances that led to the death of the refugee.

“What we have confirmed is that he is a refugee. We don’t have many details for now but we are pursuing the matter,” Ogara told journalists at Kilimani police station.

Post a comment
WATCH: The latest videos from the Star
by ANDREW KASUKU Photojournalist/Writer
News
13 April 2020 - 23:00
Read The E-Paper