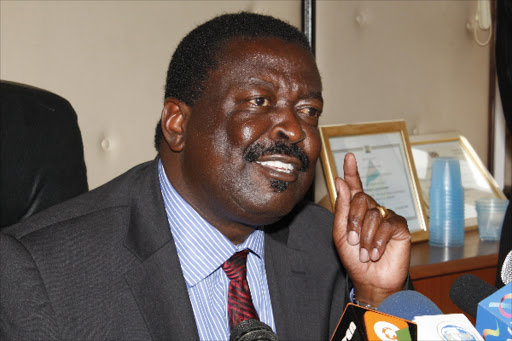 ANC leader Musalia Mudavadi said on Sunday the Kenyan government must intervene urgently "to end the suffering of Kenyans China," some of whom have been evicted as 'disease-carriers'.

He wanted to know if there are plans to bring them home. Mudavadi criticised the government's “vague” explanations and assurances it is addressing the plight of Kenyans in China.

There have been reports Chinese authorities are ejecting Africans from their homes and hotels over claims that they were importing the virus into the country in a second, milder wave of the disease.

In a statement, Mudavadi also criticised China's alleged policy of discrimination against people of African origin.

The Chinese government, however, has denied systematic discrimination but said there have been some cases of misunderstandings in Guangzhou. Some Africans do not have legal permits and have been uncooperative with virus control measures, it says.

The Chinese government says it is working to restore stable, amicable relation with Kenya and other African countries.

“The welfare of the citizen is any government’s foremost duty. This is why democracy has been defined as a government of the people, by the people, for the people. If even only one citizen is in peril, the government must demonstrate the highest concern in restoring that citizen’s safety,” Mudavadi said.

He said host governments have both a moral and legal duty to secure the rights of foreigners. He said it is deplorable that Africans who have been ejected from their residences are not able to find alternative accommodation in China or elsewhere.

“They cannot leave China to get back home, or to relocate to a more friendly country, because international travel is on hold virtually everywhere,” Mudavadi said.

“The Chinese government must come clean on this. That many persons have been rendered homeless and destitute in China is the very height of inhumanity.”

Mudavadi added that how these people got to China [without proper documents] is a secondary issue that can be addressed separately.

"What is critical is their plight and fate, in the face of coronavirus. Reliable sources indicate they have been ejected into the streets and are now in a state of hopelessness and destitution. They are also stranded,” he said.

Mudavadi said the country needs to know how many Kenyans are out of the country, their circumstances and if any have contracted the virus.

“While the government has done well to keep us informed of the Covid-19 situation in this country, it must also answer these questions,” he said.

Some countries have sent aircraft to bring back African national, he said.

“Our own government seems to be silent on this," he said.

Africans in Guangdong and Fujian provinces have been most affected.