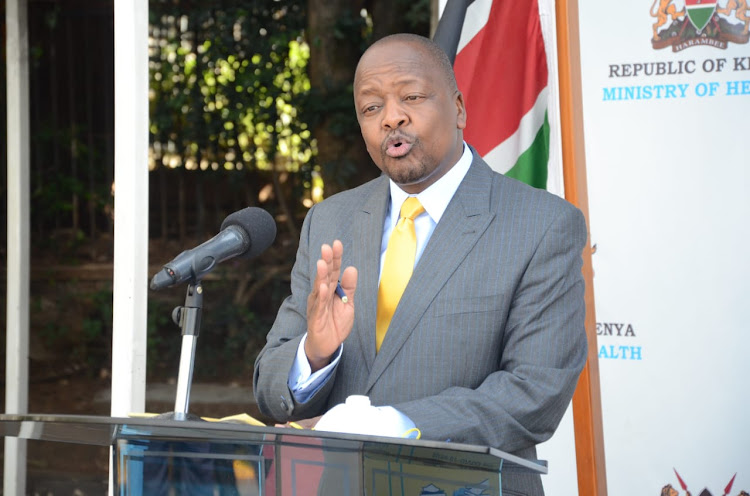 A 63-year-old pilot with Kenya Airways and a Kenya Ports Authority worker are the latest people to die of coronavirus.

The pilot checked in at the Nairobi Hospital on March 29 complaining of difficulties breathing.

His doctor recommended Covid-19 tests which turned positive. The Star learned that he was taken to the isolation ward within the hospital until his death on Thursday.

Two more pilots who tested positive are admitted at the same hospital.

The second patient to die was a 68-year-old female Kenya Ports Authority employee, who died on Wednesday night at the Mombasa Hospital's isolation ward.

She was buried in a low-key function at Mbaraki cemetery hours later.

Her daughter has been quarantined at the Coast General Hospital and will be tested.

“Unfortunately, we know of a case where someone has passed on last night,” the governor said in Mombasa.

He warned private hospitals against turning away Covid-19 patients or people presenting symptoms.

“We are observing carefully the private hospitals in Mombasa. We are watching you. We know of cases that you have dealt with,” he said.

Health Cabinet Secretary Mutahi Kagwe confirmed the two new deaths in his daily briefing on Thursday.
This brings to three the number of people killed by coronavirus since the disease was reported in Kenya on March 13.
The first Covid-19 death in Kenya was reported last week at the Aga Khan Hospital in Nairobi.

On a positive note, however, Kagwe reported that Kilifi Deputy Governor Gideon Saburi had fully recovered from the virus after three consecutive tests carried on him turned negative.

The number of those who have fully recovered is now four.

Saburi will now face the law for defying the self-quarantine regulations as set by the government. The DG had been placed under mandatory quarantine.

“The situation in our country is not getting better; it is getting worse. As I have continuously told you in my daily briefings, this disease is a pandemic,” Kagwe said.

"In the last 24 hours, we have managed to test a total of 662 samples. Out of this 29 people tested positive to the covid-19 disease. 28 are Kenyans while one is a Congolese national. This brings the total number of positive cases in the country to 110."

He lambasted people who said Covid-19 was not serious because they did not know of anybody in their area who had either died or tested positive for the disease.

The 29 positive cases have been placed in various isolation facilities.

In terms of the distribution of the new cases according to facilities of admission, three of the cases were recorded at the Aga Khan Hospital in Nairobi.

Among those in quarantine, 11 were admitted at the Crowne Plaza Airport hotel, one at the Four Points Sheraton Airport, two at the Kenya Institute of Special Education, two at KITI Nakuru, two at KMTC, two at Pride Inn while Nairobi Hospital and Mathari recorded one case each.

“Those in quarantine should keep social distances because you are quarantined with people who themselves could easily be positive,” Kagwe said.

In terms of gender, 13 were men while 16 were women. Twenty-three of the confirmed cases were from the designated quarantine facilities while six are from suspected cases admitted in isolation units.

Kagwe urged Kenyans to remain calm but warned that the numbers are going to increase exponentially.

“I do not wish to scare you but with the figures that I have just read to you, there is no gainsaying that this is a very serious threat to our lives and to our nation. The virus does not move by itself but by you and I hence the need to change our attitude if we were to cut the transmission of the virus,” he said.

From the trends being experienced, in addition to the boda boda riders and passengers, all Kenyans will be required to wear masks while boarding matatus and tuk-tuks.

The government has begun local production of face masks that will be distributed through the county governments and chairmen of boda bodas and matatus.

Tailors will also be allowed to make face masks from particular materials and are being advised to sell them at a cheap price.

"We are discouraging mass movement of people especially movement of those from Nairobi to upcountry," Kagwe said.

“I don’t need to emphasize to you the need for you to prepare yourself not to travel upcountry going forward, whether it is for Easter holidays or any other reasons except cargo, particularly food trucks.”

The counties will hire 5,000 health workers in the next seven days beginning immediately.

“Counties who have already submitted their requirements should complete the process by Wednesday of next week. Similarly, hospitals who have given their requirements, level 4, 5 and 6 hospitals are all required to continue to hiring and we wish that in the next seven days the hospitals too will have hired an additional 1,000 health workers,” the CS said.

This means 6,000 additional health workers will be in place to help combat the virus.

Counties will also be required to have an additional 1,000 bed capacity as quarantine depending on the population of the county in boarding schools and hospitals.

He also announced the death of two more Covid-19 patients.
Coronavirus
2 years ago

This brings the total to three deaths.
Coronavirus
2 years ago

The US now has more than 140,000 confirmed cases.
News
2 years ago
Post a comment
WATCH: The latest videos from the Star
by MAGDALINE SAYA MAUREEN MUDI AND BRIAN OTIENO
News
03 April 2020 - 05:00
Read The E-Paper