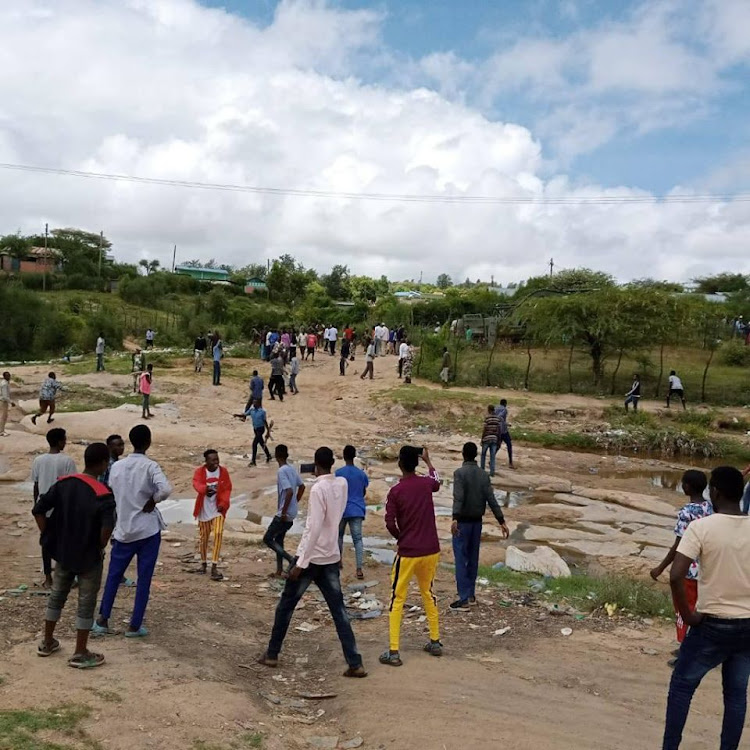 The Moyale border was on Wednesday rocked by gunfire between the Kenya Defence Forces and the Tabaqa militia from Ethiopia.

The fighting led to closure of business as residents scampered for safety. Video clips showed other residents taking cover in bushes.

According to a source in the area, the early morning fight came after KDF started digging trenches to prevent illegal crossing and smuggling.

“KDF dug trenches to avoid the influx of illegal goods. They had done safely in the Borana area but when they got to Garre area, they were fought. Now KDF reinforcement done, the digging of trenches is ongoing and the situation is under control,” the source said yesterday.

Government sources confirmed this, saying KDF officers were attacked by the militia from the Garre community and they fought back.

The Ethiopian gunmen known as Tabaqa were against the closure of the border.

A local was hit by a stray bullet and was treated at a local hospital and discharged.

“They got in touch with the Federal Government of Ethiopia which responded and dispersed the militia,” the source said.

The fight followed a meeting between Moyale security team and the Ethiopian government over the trenches.

Kenya closed the border in an attempt to contain the spread of coronavirus, an announcement that was made by Marsabit Governor Mohamed Ali on March 29.

He, however, noted that there were unauthentic crossing points and called on the national government to ensure police are stationed in the porous areas.

Ethiopian ambassador to Kenya Alem Meles said he could not comment at the time as he was waiting for briefing from Addis Ababa.

This caused tension to rise along the Kenya-Ethiopia border and Moyale as locals feared for more attacks.

"The two leaders discussed a wide range of bilateral and multilateral subjects including the peaceful co-existence among communities living along the Kenya-Ethiopia border and the desert locust invasion," a statement from State House said.

Post a comment
WATCH: The latest videos from the Star
by ANDREW KASUKU Photojournalist/Writer
News
02 April 2020 - 05:00
Read The E-Paper