• The government has shifted focus to the bodaboda sector.

• The disease is no longer imported from the outside as was earlier the case. 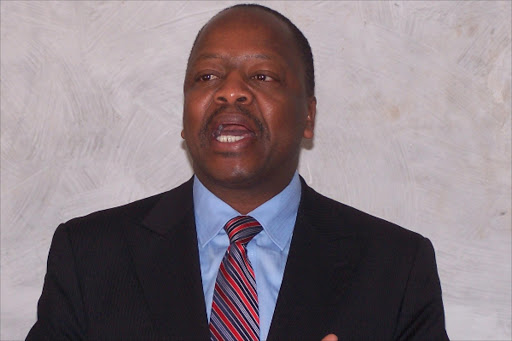 Medical experts have projected that up to 10,000 people might contract Covid-19 by the end of April in Kenya’s worst-case scenario.

The Director of Public Health, Dr Patrick Amoth, said yesterday that Kenya will likely record 1,000 cases by the first week of April.

“Our modelling puts us at having about 1,000 cases by the first week of April and we postulate that we’ll have 5,000 cases by mid-April and, potentially, 10,000 cases by April 30,” Amoth said during a press conference at Afya House, Nairobi.

“Our population is more youthful so potential people will be able to catch the virus but probably just pass on as a mild illness,” Amoth said.

Of greater concern is community transmission. This means the disease is no longer imported from the outside as was earlier the case.

“We are now spreading it among ourselves. This now calls for a lot more personal responsibility among Kenyans in this fight against the disease. We must now raise our level of alert and intervention measures,” Health CS Mutahi Kagwe said yesterday.

“We need to protect the youth in this industry as bodaboda riders. You can imagine how many people a rider has behind him per day and we’ve got no idea who has got the virus and who doesn’t.”

The government will distribute masks in counties to that effect. The bodaboda sector leaders will be required to oversee the exercise and ensure its implementation. Nairobi residents have further been advised against travelling upcountry to avoid exposing the elderly, most of whom live in rural areas, to the virus. Those from upcountry are equally advised against travelling to Nairobi. The city has been listed among the high-risk counties, leading with 37 positive cases.

“Statistics have shown that the majority of our elderly people stay upcountry and are likely to be exposed as is the case with Italy because of this kind of movement.”

Kilifi has so far recorded six cases and Mombasa four. Kajiado, Kwale and now Kitui have one case each. The Health ministry on Sunday embarked on mass testing of the 2,050 people in mandatory quarantine at different facilities.

As of yesterday, the government had tested 172 samples. Out of this, 84 samples had been analysed.

Additional one patient was from the Aga Khan University Hospital. Tracing of contacts for the confirmed cases is ongoing. The total number of close contacts that have been monitored so far stands at 1, 474 out of which 231 have been discharged after completing the 14-day mandatory follow-up period.

Employers have been urged to release their employees at 4pm from work stations to enable them to leave for their houses before 7pm which is the curfew time. The CS noted that some of the employees had worked for these companies for a very long time, hence it was time for employers to give back and appreciate their hard work.

Kagwe, however, said that there is no cause for alarm should Kenyans see flights landing into the country as cargo flights are not restricted. They are not bringing passengers but essential deliveries such as medicines, while there are those landing in to evacuate Germans from Mombasa.