Why Covid-19 will hit women harder

• Globally, women make up 70 per cent of workers in the health and social sector, and they do three times as much unpaid care work at home as men.

• Globally women continue to be paid 16 per cent less than men on average, and the pay gap rises to 35 per cent in some countries. 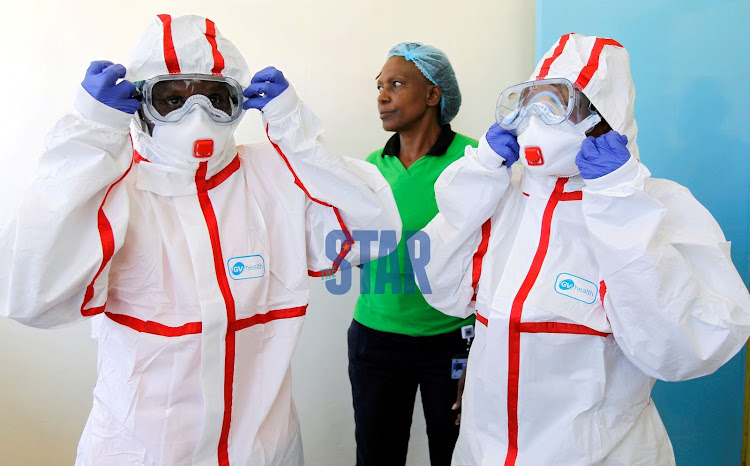 Disruptions, including movement restrictions, are likely to compromise women’s ability to make a living and meet their families’ basic needs, UN Women has said.

As the 14-hour curfew directive enters its second day, the government has been urged to ensure women, who are the primary caregivers, are offered flexible working hours by employers.

"For instance, by improving access to women-friendly personal protective equipment and menstrual hygiene products for healthcare workers and caregivers, and flexible working arrangements for women with a burden of care

"Globally, women make up 70 per cent of workers in the health and social sector, and they do three times as much unpaid care work at home as men," UN Women wrote.

Women also continue to be paid 16 per cent less than men on average, and the pay gap rises to 35 per cent in some countries.

"In times of crisis like this, women often face the unfair and sometimes impossible choice of giving up paid work to care for children at home," UN Women said.

“The majority of health workers are women and that puts them at the highest risk. Most of them are also parents and caregivers to family members. They continue to carry the burden of care, which is already disproportionally high in normal times. This puts women under considerable stress,” said Ngcuka.

“In addition, the majority of women work in the informal economy, where health insurance is likely to be non-existent or inadequate, and income is not secure."

The women's organisation added that healthcare workers and caregivers should also be provided with menstrual hygiene products.

According to a recent report by Oxfam Kenya, women spend four more hours than men performing tasks such as taking care of the sick, children, the elderly, cooking, cleaning or fetching water.

The report states that women on average spend about five hours a day on primary care compared to about an hour for men.

Additionally, the government has been urged to develop mitigation strategies that specifically target the economic impact of the outbreak on women and build women’s resilience.

The government has also been asked to ensure data that point to incidences of domestic violence and sexual abuse, are documented.

When households are placed under strain and in contexts of family violence, as strategies for self-isolation and quarantine are employed, the risk of such violence tends to increase.

"The evidence is also mounting that the economic impacts of Covid-19 will hit women harder, as more women work in low-paying, insecure and informal jobs," wrote the organisation.