WAR ON VIRUS AT STAKE

The nurses will withdraw their services effective April 6.

• Meru government has been at loggerheads with health workers after suspending clinical officers' secretary general Moses Baiyenia over Covid-19 fight.

• Clinical officers have also issued a similar strike notice and vowed to paralyse health services if their demands are not met. 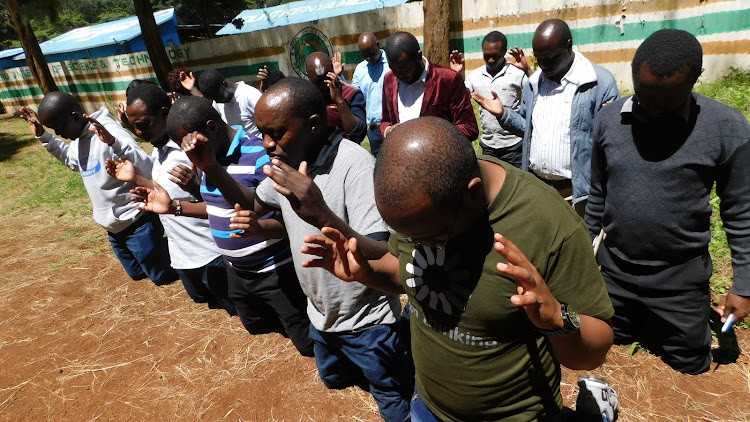 Kenya National Union of Nurses secretary general Seth Panyako has written a demand letter copied to the Labour and Health ministries and accused the Meru government of violating the Employment Act.

Clinical officers have also issued a similar strike notice and vowed to paralyse health services if their demands are not met.

The nurses will withdraw their services effective April 6 if the county government will not have paid their February and March salaries.

“The union writes to demand salaries for all the nurses for the month of February, March and statutory deductions be made payable by the close of business on Friday, April 3, failing which all nurses will not report on duty beginning April 6 at noon,” says the letter addressed to Meru Public Service Board and the county secretary.

Panyako cautioned that the crucial work done by the nurses cannot be taken for granted at a time when the country is fighting Covid-19.

"Services offered by the nurses will remain withdrawn until they are fully paid. We will appreciate if you address the issue urgently owing to the fact that our country is fighting the pandemic disease to which nurses play a critical role," Panyako said.

The county has been at loggerheads with the health workers after suspending clinical officers' secretary general Moses Baiyenia for disagreeing with its officials over its unpreparedness to equip and train health workers on how to fight the virus.

His suspension has created animosity, as MCAs threatened to impeach Health executive Misheck Mutuma if he is not reinstated.

Municipality MCA Elias Murega questioned the grounds and the legality of the suspension at a time the county needs more health practitioners. His Muthara counterpart Kinyua Ntoribu said the suspension was political, while health committee chair Mworia Martin said he was preparing a motion to impeach Mutuma.

“You are suspended from exercising your office duties from the date of this letter pending finalisation of your case. You will not be entitled to any salary,” Kimonye said.

The suspension letter was copied to Finance executive and Deputy Governor Titus Ntuchiu.