Sets aside Sh200m to feed at least 227,404 vulnerable households in Mombasa in case of lockdown

• Governor warns traders against hiking prices of food and essential supplies during this time. 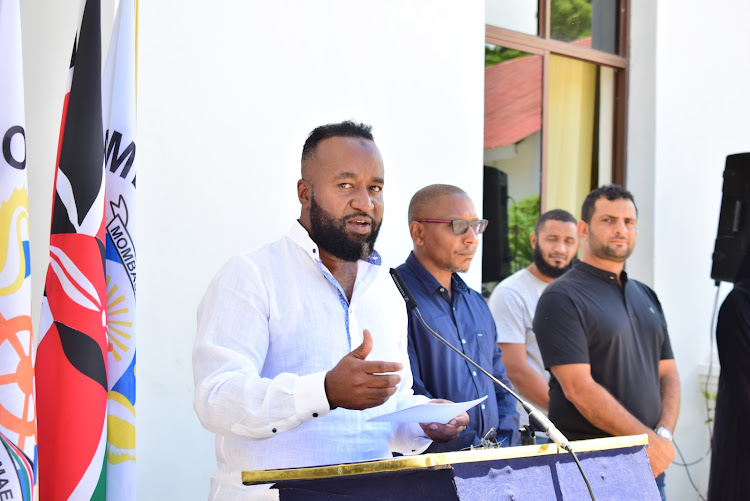 Mombasa Governor Hassan Joho and county assembly speaker Aharub Khatri have taken an 80 per cent pay cut that will go towards fighting Covid-19.

Speaking on Thursday during a press briefing in his office, Joho said they have agreed to take pay cuts just like President Uhuru Kenyatta, his Deputy William Ruto, Cabinet secretaries, Chief Administrative Secretaries and Principal Secretaries did on Wednesday.

“This is an effort towards ensuring that we fight this disease together,” Joho said.

The governor, who has been advocating a total lockdown of the country in measures to counter the virus, said his county is prepared to feed its people. They have set aside Sh200 million Emergency Household Relief and Nutrition Support kitty that will go towards feeding at least 227,404 vulnerable households in Mombasa in case a lockdown is declared in the nation.

“Because our population in Mombasa lives on a daily wage, our people will need support for daily sustenance during this period,” he said.

“This part of our population will be vulnerable. It is my job to ensure my people are adequately taken care of in the event of a total lockdown.”

However, the Sh200 million set aside — which will have to be approved by MCAs  — is not enough, the governor said.

He said they require about Sh700 million. To top up the Sh200 million budget, the county has appealed to partners, the private sector, the national government and state corporations that are hosted in Mombasa to assist them to achieve the goal.

“We are willing to receive support in cash or in kind. To this effect, we shall be issuing a directive and a notice on logistics of both.”

For food donations, they have set up a collection centre at Tom Mboya Primary School in Mvita. They will set up distribution centres in all subcounties in collaboration with the office of the county commissioner Gilbert Kitiyo.

“In the last four days, we have been sitting together and discussing this issue. We have mapped out all the regions, with the data from the Kenya Bureau of Statistics and our own county data, to establish areas that are poverty-stricken, therefore, we are ready,” Joho said.

He warned traders against hiking prices of food and essential supplies during this time.