• KFS also suspends any weddings and meetings in public forests, forests to be closed earlier to allow citizens time to beat curfew.

• Areas exempted from curfew include health professionals, administration and coordination officers, workers in licensed pharmacies and drug stores and the media. 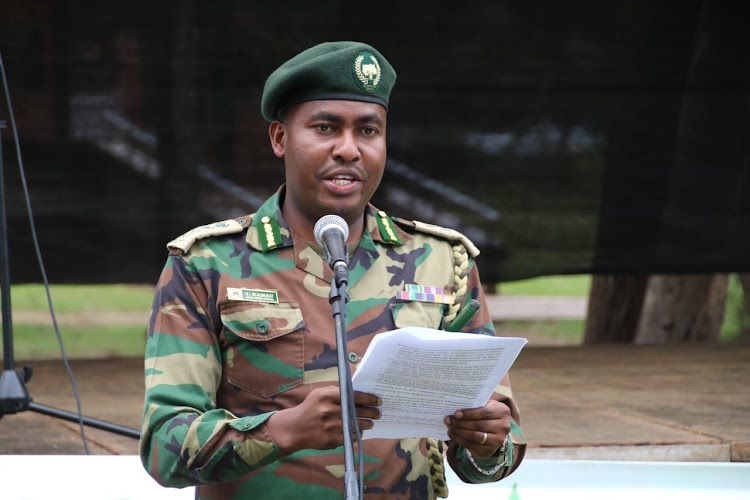 In line with the government directive, Kenya Forest Service has suspended communal and cultural prayers in religious shrines inside forests countrywide.

The KFS also suspended any weddings and meetings in public forests to limit social gatherings in measures to tame the spread of coronavirus.

"This directive will be in place until the pandemic is over or until the government advises otherwise," chief conservator of forests Julius Kamau said.

Religious and traditional leaders like Kaya elders often congregate to pray inside forests in times of calamities. However, Kamau told the Star the forests remain open to individual members of the public, who must observe physical distancing even when inside, and that hand washing containers and sanitisers have been strategically placed.

"We have not closed forests, but our forest rangers will be admitting individuals only, who will be sensitised about the precautions during entry," he said.

Kamau said they will also reduce the number of hours to enable visitors to return to their homes before the 7pm curfew.

"We have also enhanced security around all forests because we know some elements might try to take advantage of the situation to commit crime," Kamau told the Star.

He said KFS has also halted the transfer of all forest rangers and staff during this period.

"We want to minimise movements as much as possible because we also want to protect our staff," Kamau said.

So far, Kenya has 31 coronavirus cases, although one patient has already tested negative.

President Kenyatta imposed the dusk-to-dawn restriction to reduce movement of people as one way to slow down an expected surge of coronavirus infections in Kenya.

The 7pm-5am lockdown is the first national curfew since retired President Daniel Moi imposed a similar order after the August 1, 1992, attempted coup.

Uhuru said the curfew was recommended by the National Security Council, which he chairs.  "The council has sanctioned and caused the issuance of Public Order Number 1 on the coronavirus pandemic.”

Uhuru spoke in a televised address to the nation from State House, Nairobi, on Wednesday evening.

"Effective Friday, March 27, a daily curfew from 7pm to 5am shall be in effect in the territory of the Republic of Kenya, with all movement by persons not authorized to do so...being prohibited between those hours."

Other members of the NSC are the Deputy President, Cabinet secretaries for Defence, Foreign Affairs and Internal Security, the Attorney General, Chief of Kenya Defence Forces, director of the National Intelligence Service and the Inspector General of police.

Professionals offering critical services are exempted from the curfew. They include health professionals, national security, administration and coordination officers, workers in licensed pharmacies and drug stores and the media.

Kenya Power staff and workers in supermarkets, petrol stations and other oil products and lubricant distribution outlets are also exempted.

Uhuru said licensed telecommunication operators and service providers, banks, other financial institutions and financial services staff will be excluded from the curfew.

Others exempted are the fire brigade and other emergency response services and licensed security firms.